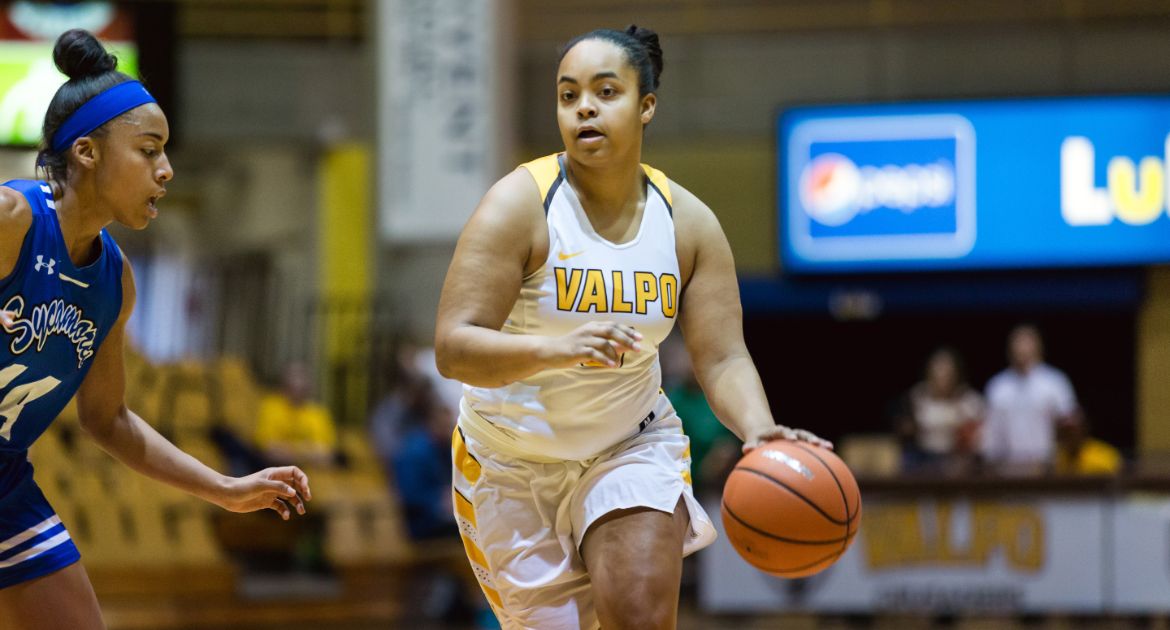 Maya Meredith had nine points on Friday at Bradley.
Valparaiso at Bradley | February 02, 2018

It was a tale of two halves for the Valparaiso University women’s basketball team on Friday night at the Renaissance Coliseum in Peoria, Ill. The Crusaders struggled to make shots in the first half before a solid second half was too little, too late as Bradley defended its home floor with a 69-58 win. Meredith Hamlet (McBain, Mich. / McBain) led the Crusaders in scoring with 13 points.

The Crusaders will continue the swing trip on Sunday afternoon as they tip off at 1 p.m. CT at Illinois State. The game can be seen on The Valley on ESPN3 or heard on 95.1 FM Valparaiso with Ben Ariano (play-by-play) and Brandon Vickrey (color commentary) providing the hometown call. Links to live video, audio and stats will be available on ValpoAthletics.com.