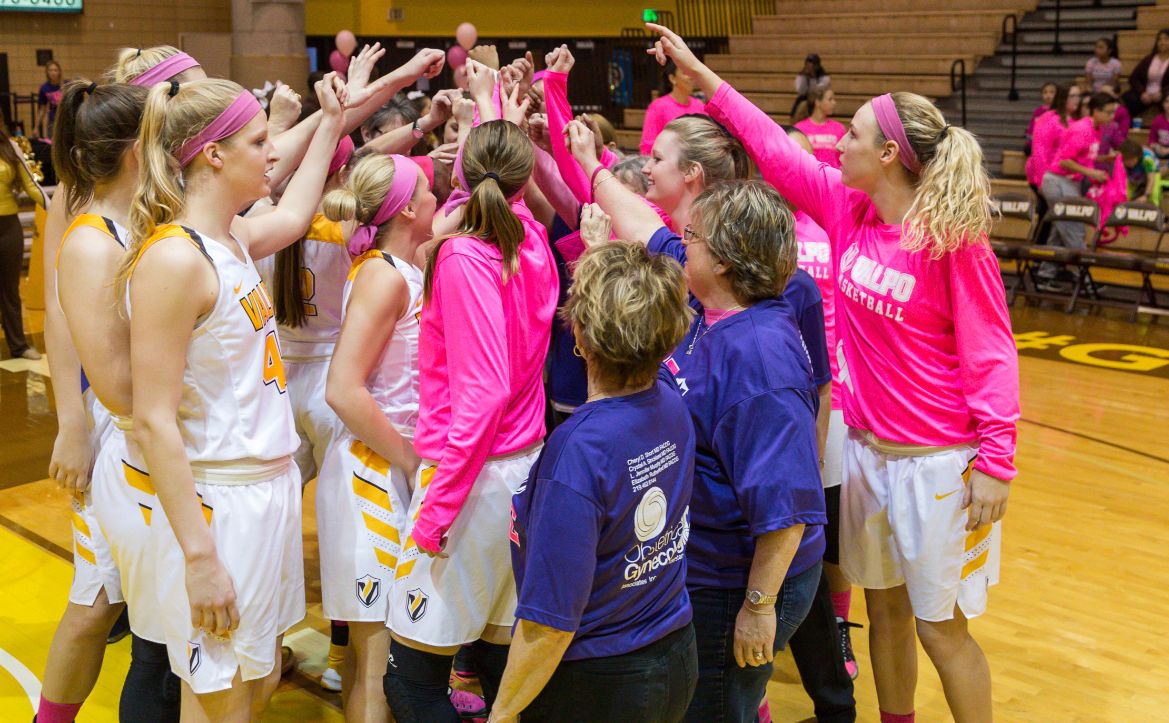 Next Up in Crusader Basketball: The Valparaiso University women’s basketball team will return home on Friday night to host its Play4Kay Game against Southern Illinois. The Crusaders will look to make it back-to-back wins as they welcome the Salukis to the Athletics-Recreation Center for the first time. Student-Athlete Advisory Committee members will be selling pink gear with proceeds to benefit the Kay Yow Cancer Fund.

Last Time Out: The Crusaders enjoyed the season’s most memorable win on Sunday at Loyola, coming from 12 points down in the second half to defeat the host Ramblers 63-53 at Gentile Arena. Meredith Hamlet exploded for 19 fourth-quarter points after being held scoreless through the first three quarters. Grace Hales pulled down a career-high nine rebounds while racking up 13 points, and Nicole Konieczny also reached double figures with 11 points. Valpo held Loyola leading scorer Abby O’Connor to two points on 0-of-9 shooting.

Following the Crusaders: Friday’s game and every game for the remainder of the season will air on The Valley on ESPN3. Dave Huseman (play-by-play) and Renee’ Turpa (color commentary) will describe the action. In addition, the hometown radio call of Friday’s game can be heard on 95.1 FM Valparaiso with Ben Ariano (play-by-play) and Danny Dalenberg (color commentary) on the call. Links to live video, audio and stats are available on ValpoAthletics.com.

Series Notes: This is just the second meeting between the two teams, with the first coming earlier this season in Carbondale. This marks Southern Illinois’ first trip to Valparaiso. The Salukis won 74-63 on Jan. 21 at SIU Arena, a game that saw the Crusaders pull within two after trailing by as many as 18. Meredith Hamlet led the Crusaders in scoring by pouring in 19 points, 14 of which came after halftime. Marlee Profitt shattered her rebounding career high by the midway mark of the second quarter and finished with a team-high nine rebounds. Grace Hales matched a career high by drilling four 3-pointers on her way to 12 points. The Salukis were led in scoring by Mackenzie Silvey (19) and Nicole Martin (18).

Comeback Crusaders: Valpo pulled off a 63-53 victory over Loyola on Sunday afternoon at Gentile Arena despite trailing by 12 points in the second half. That marked the first time Valpo overcame a double-figure deficit since also coming from 12 down to win on Dec. 16, 2016 at Chicago State. The last time the Crusaders erased a double-figure hole and won by double figures was Dec. 19, 2015, a 69-56 win over SIU Edwardsville in a contest the Cougars led by 11. In Sunday’s game at Loyola, the Crusaders trailed by 10 with 38 seconds left in the third quarter, the latest they’ve trailed by double figures in a victory since Feb. 17, 2011, coincidentally also against Loyola. The Crusaders beat the Ramblers 72-68 in the 2011 game despite trailing by 10 with six minutes remaining. Here’s a deeper look at the eight times Valpo has erased a double-figure deficit to win over the last eight seasons.

Quite the Quarter: The fourth quarter of Sunday’s game at Loyola was one to remember for the Crusaders, who outscored the Ramblers 30-12. That marked Valpo’s highest point total in a single quarter since women’s basketball transitioned from halves to quarters before the 2015-16 season. Junior guard Meredith Hamlet exploded for 19 points after being held scoreless through the first three quarters, the highest single-quarter individual point total by a Crusader since the move from halves to quarters.

Hamlet Among Career Leaders: Junior guard Meredith Hamlet has begun cracking the program’s career leaderboard. She has made 142 career 3-pointers, a mark that ranks 10th in program history. Megan Newcomer (1996-2000) is ninth at 145 and Betsy Adams (2008-2012) is eighth at 146.  Hamlet has scored 867 career points and is in position to enter the Top 20 in that area by season’s end. Heidi Diefenthaler ranks 20th with 896 career points.

So You Want to Be a Coach: Dani Franklin has been named a participant in the 2018 “So You Want to be a Coach” program, hosted by the Women’s Basketball Coaches Association in partnership with the Alliance of Women Coaches. Franklin is an elementary education major and holds a 3.57 GPA while balancing basketball with her academic load. She is currently a student teacher in a second-grade classroom in Valparaiso. Franklin is second on Valpo’s all-time scoring list with over 1,500 career points and is averaging a team-high 16.1 points and 6.1 rebounds per game this season.