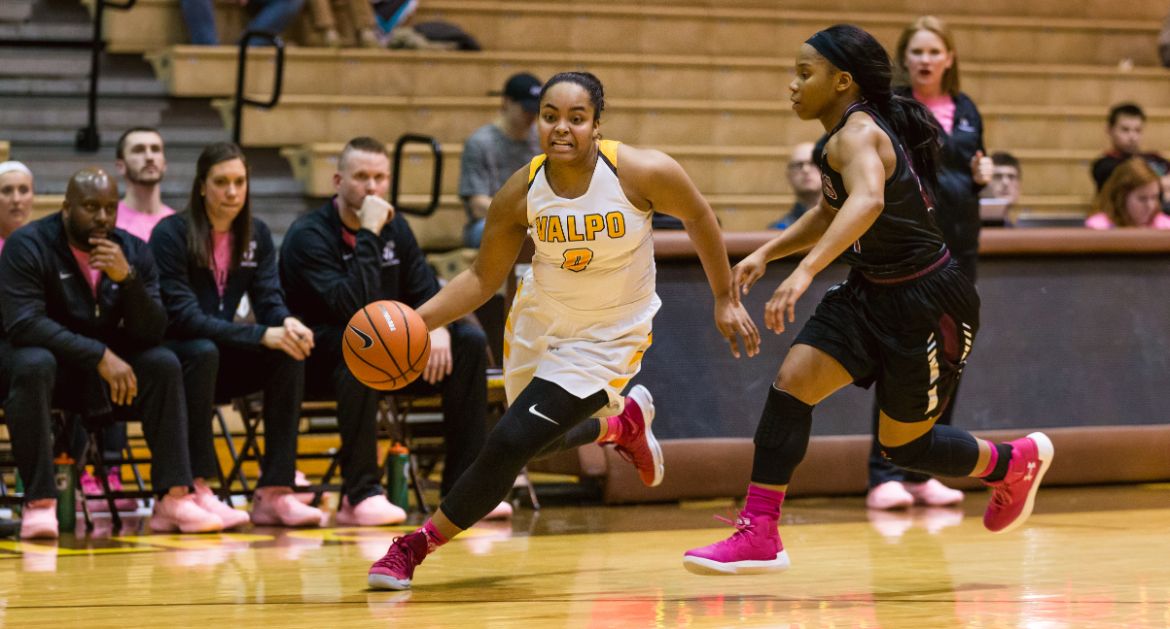 From elation to heartbreak and everything in between, a full range of emotions was felt by both teams on Friday night at the Athletics-Recreation Center. In the end, it was visiting Southern Illinois that came away joyous, while the Valparaiso University women’s basketball team’s last emotion of the night was disappointment in a roller-coaster 88-86 double overtime loss that saw the Crusaders give one of the Missouri Valley’s top four teams everything it could handle.

Thoughts on the Game: “At any point, we just got outplayed by one possession. One possession could have been that we didn’t switch on a screen we should have or we didn’t knock down a couple free throws. They got a couple easy baskets. We needed to know their personnel a little bit better and not gamble or put them in position to get easy looks.”

On Dani Franklin: “I thought she was more ready to shoot the ball. She was balanced and got good looks. We got her the ball when she was ready to score.”

On Meredith Hamlet: “She did the best she could to lead and make sure she was ready to play. She knocked down a couple big shots early, and defensively she stepped up and put some pressure on a couple of their top players.”

On the Positive Take Away: “There were a couple of runs that Southern Illinois made, and we kept battling and bouncing back. We didn’t even give up at the end of regulation. It would have been easy to hang our heads and think it was over. I give our players a lot of credit; they never quit.”

The Crusaders will continue the home weekend on Sunday against Missouri State at 3 p.m. CT. Sunday will be Valpo’s teal game in support of sexual assault violence survivors. The game will air on the MSU TV Network and ESPN3 with Don West (play-by-play) and Carly Stubblefield (color commentator) describing the action. Danny Dalenberg (play-by-play) and Ben Ariano (color commentator) will have the radio call on 95.1 FM Valparaiso. In addition to video and audio, live stats will be available.