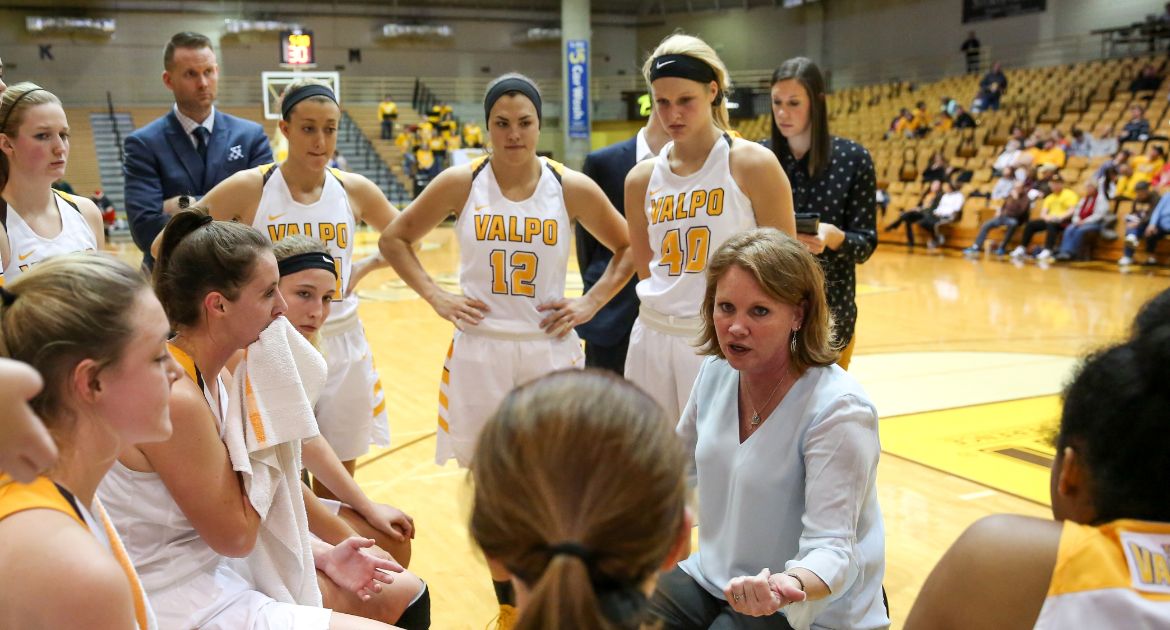 Director of Athletics Mark LaBarbera has announced that Tracey Dorow has been relieved of her duties as the head coach of the Valparaiso University women’s basketball program.

Dorow, the seventh head coach in program history, finished her six seasons at the helm with a 56-129 record.

“Thank you to Coach Dorow for her hard work on behalf of Valparaiso and our women's basketball program for the past six years,” LaBarbera said. “We appreciate the quality of the young women she has brought to the program and the manner in which they have represented the school. We wish her all the best in her future personal and professional endeavors.”

The Crusaders won a conference tournament game in five of Dorow’s six seasons in charge of the program. During her tenure, Valpo boasted three all-freshman team members, a Freshman of the Year, a Sixth Player of the Year, an all-league second-team honoree, an all-defensive team member and a first-team all-conference performer.

“I am so thankful for the six years I was able to spend at Valparaiso University,” Dorow said. “The people I’ve crossed paths with have left a lasting impact on my life. I’ve grown as a person and as a coach. While I’m disappointed with the fact that we didn’t win more basketball games, I’m extremely proud of the student-athletes and the coaches that I’ve worked with during my time at Valpo. I know there are great things to come for the Valpo women’s basketball program.”