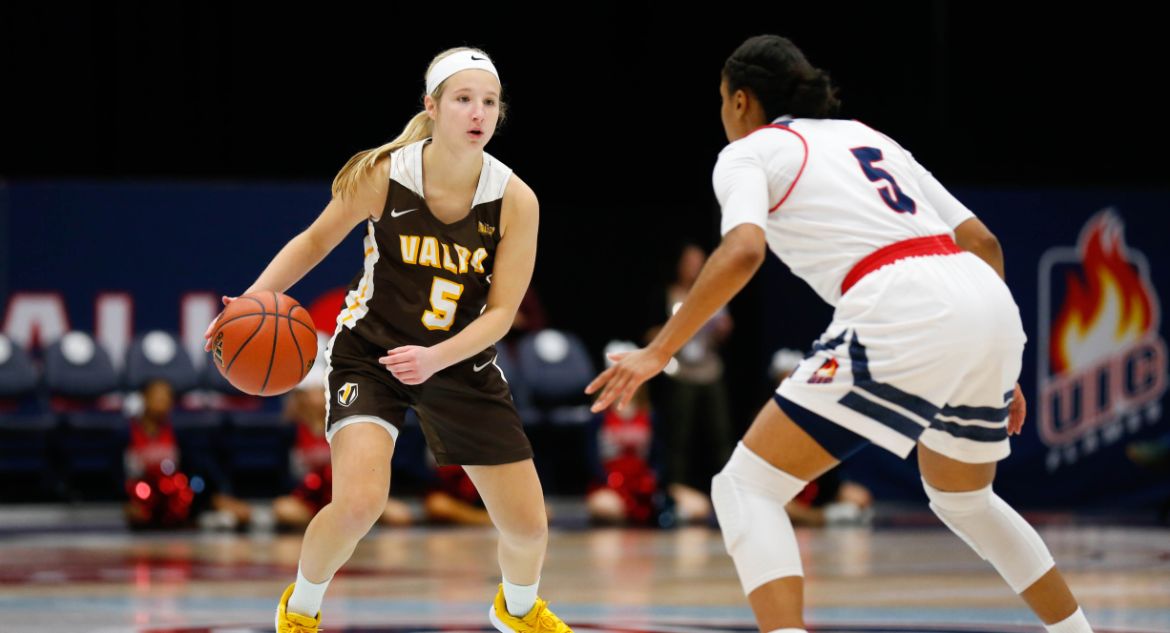 Shay Frederick had seven points in her collegiate debut on Wednesday.
Valparaiso at UIC | November 07, 2018

The Valparaiso University women’s basketball team tipped off the 2018-2019 season and commenced a new head coaching era on Wednesday night with the debut of Mary Evans at the helm. Host UIC, playing under a first-time head coach of its own in Tasha Pointer, used a strong third quarter to go ahead for good in an eventual 75-65 win at UIC Pavilion.

The 2018-2019 home opener at the Athletics-Recreation Center will take place on Sunday at 1 p.m. against North Dakota. For those who can’t make it to the ARC, the game will be broadcast on ESPN+, 95.1 FM Valparaiso and have live stats available.