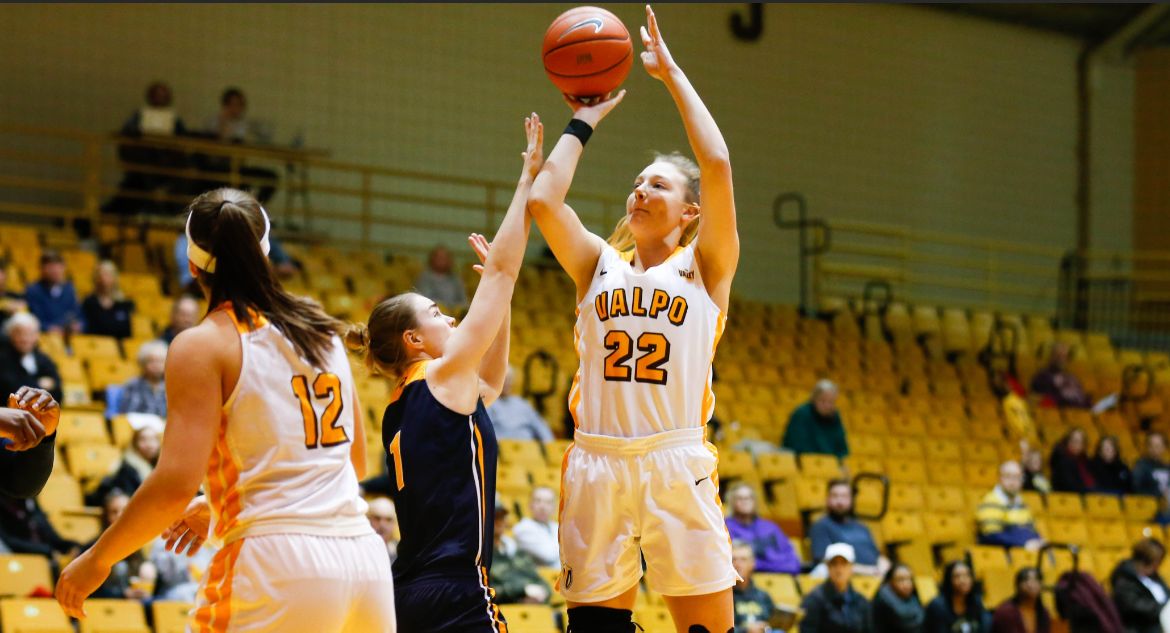 Bryce Blood had a double-double against her hometown team on Monday.
TOLEDO at Valparaiso | November 26, 2018
Related Links
Related Links

“The biggest challenge of playing shorthanded is our inability to practice. We can’t play 5-on-5 and we don’t want to play physically because we don’t want any other injuries during practice. That’s the biggest challenge right now. We’ve got to do a better job of not fouling. We’re fouling too much, so we have to get that under control. We have some ideas of how to do that, so it’s something we’ll work on the next few days in practice.”

“Toledo is well-disciplined and tough. I’m really impressed with our young ladies on the boards to compete with them and only get outrebounded by one. That’s a team that has the ability to outrebound teams by 20. I’m disappointed with our turnovers and many of the turnovers we had were self-inflicted. Toledo is a very physical team with good post play coupled with quality guards.”

“Communication is the biggest takeaway from tonight. If there’s one thing I’m a little disappointed about, it’s a lack of communication at times because we talked about that a lot going into this game. When we did a good job communicating on defense, we got stops. Working on that piece is going to be huge moving forward, and that’s something we have to work on daily.”

“I love our team’s no-quit mentality late in games, I just wish we could figure out a way to start it a little earlier. Our players are getting great experience and doing a great job executing in those situations. Moving forward, we’ve got to do a better job of being locked in on what we need to do for the first 35 minutes.”

Valpo will be back in action on Thursday at Chicago State for a game that begins at 5 p.m. CT. The game will be broadcast on the WAC Digital Network courtesy of Chicago State Athletics and on 95.1 FM Valparaiso, WVUR. Links to live video, audio and stats are available.