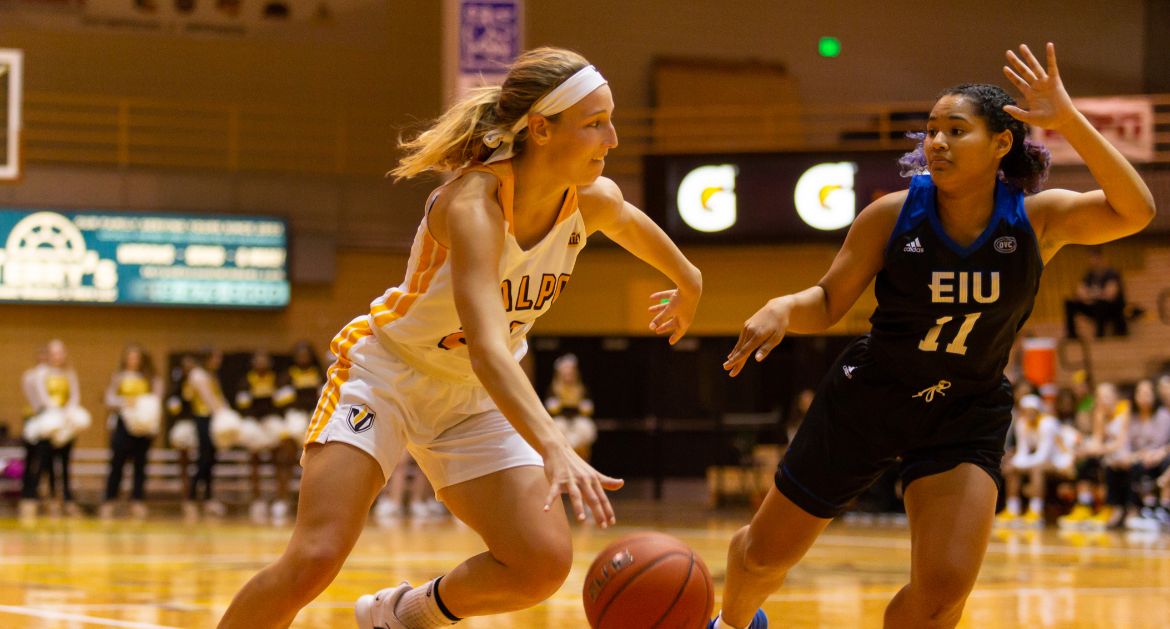 For the second straight game, the Valparaiso University women’s basketball team found a way to pull off a dramatic, tight victory on Sunday evening at the Athletics-Recreation Center. After Eastern Illinois came from 13 down in the third quarter to take the lead, Valpo showed its resiliency in a dramatic 62-60 victory. The play of junior Grace Hales (Cromwell, Ind. / Westview) may very well have been the biggest factor in the outcome, as she poured in 21 points on the best day of her Valpo career.

“I wish we could figure out how to keep our double-figure leads so we don’t have to finish games like this, but our girls play hard for each other and they come together and stick with each other in the fourth quarter. We do a good job of executing down the stretch. I thought we did a quality job of that tonight, taking possessions away by being patient and using the shot clock.”

“We put the end of the third quarter behind us and looked forward to the fourth. We knew we had to go out and win the fourth quarter. That was the goal, and we found a way to do it.”

“I loved the aggressiveness of Grace tonight. They played a unique defense that leaves the offense to rely on being able to move the ball and make open shots. Grace is a tremendous 3-point shooter. She started the game a little tentative, but then she got comfortable and started taking those shots. As she started making them, you could see her confidence increase. I loved the way she shot it and I loved the way she attacked the basket tonight. I’m expecting all this great experience to help her continue to step up her game moving forward.”

“I think the experience we’re getting right now will be great for the team. They’re being put in positions to really learn and grow at the end of games and in late-game situations. A lot of these kids are getting experience with the amount of minutes they’re playing because of our injuries. They’re only going to continue to learn and grow, and then as our other kids come back, we’re going to be a more experienced and deeper team because of what’s happening now.”

Valpo will continue a stretch of three straight home games on Saturday as Miami (OH) comes to town. The game will tip off at 1 p.m. CT and will air on ESPN3 and 95.1 FM Valparaiso. Links to live coverage will be available.