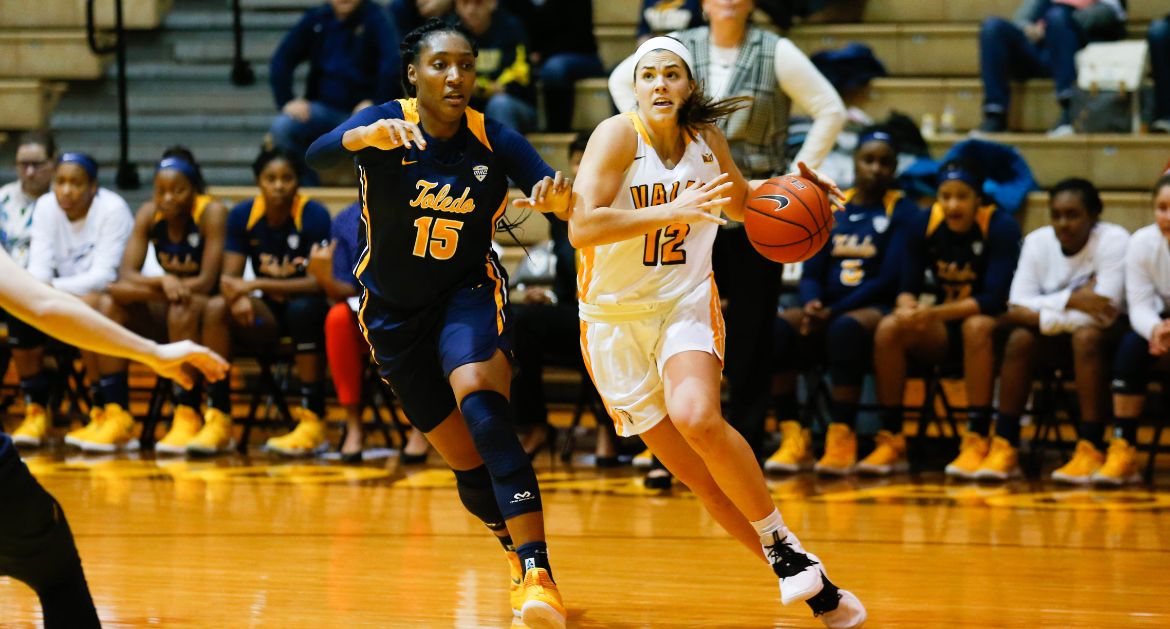 Next Up in Valpo Basketball: The Valparaiso University women’s basketball team will be back in action on Saturday afternoon as Miami (Ohio) comes to the Athletics-Recreation Center for a 1 p.m. tip time. Head coach Mary Evans is quite familiar with the RedHawks, as this team beat Ohio three times last year including a two-point game in the MAC Tournament while Evans was an assistant for the Bobcats. Now, Valpo will look to find a way to knock off a quality MAC opponent that is off to a strong start this season. This will be the program’s annual ugly sweater game, so fans are encouraged to sport their ugliest holiday sweater. In addition, the game will be a “study break” – all students will receive free pizza and there will be a contest for the ugliest sweater.

Last Time Out: For the first time this season, Valpo owns back-to-back wins after nipping Eastern Illinois in a 62-60 thriller on Sunday at the ARC in the second half of a men’s-women’s doubleheader. The Panthers grabbed the lead thanks to a 14-0 run to close the third quarter, but Valpo battled back ahead in a seesaw fourth. Grace Hales enjoyed her best day in a Valpo uniform highlighted by a career-high 21 points, while Meredith Hamlet had 14 and Bryce Blood chipped in nine points and 10 rebounds.

Following Valpo: Saturday’s game will be broadcast on ESPN3, which is available free of charge with a cable subscription. Dave Huseman (play-by-play) and Jamie Stangel (color commentary) will have the call. In addition, the game can be heard on 95.1 FM Valparaiso with Danny Dalenberg (play-by-play) and Ben Ariano (color commentary). Links to live video, audio and stats will be available.

Series Notes: Valpo will take on the RedHawks for the fourth time in the last five seasons in an effort to garner its first-ever victory over Miami (Ohio). Valpo has dropped all nine head-to-head meetings between the two teams, a series that dates back to 1992-93. However, the all-time record of 0-9 is somewhat deceiving when it comes to assessing the competitiveness of the series, as four of the nine games have been decided by three points or fewer including two overtime affairs. One of those tight games was the most recent matchup that occurred in Valpo, a 75-72 Valpo loss on Dec. 2, 2015. Valpo made a game of it after trailing 22-11 through one quarter, but couldn’t quite erase the early hole. The two teams met last season in Oxford, a game Valpo lost 77-68 despite 10 rebounds from Caitlin Morrison and 14 points from Meredith Hamlet. Miami (Ohio) is one of three teams Valpo has played nine times or more and never defeated, joining Notre Dame and DePaul.

Hamlet Honored: The Missouri Valley Conference tabbed Valpo senior Meredith Hamlet as its Player of the Week this past week after she helped her team to a 2-1 record over three games. Hamlet started her week with a season-high 26 points on Monday, Nov. 26 against Toledo before upping that season watermark to 28 on Thursday, Nov. 29 at Chicago State. A week that started with a pregame ceremony honoring Hamlet’s 1,000th career point finished with the Valpo senior averaging 22.7 points per game over three contests. In addition to coming within one point of a career high, she tied a career watermark with four steals and dished out a season-high five assists at Chicago State. She also knocked down five 3s in the win over the Cougars before hitting four 3s in a 14-point effort to help Valpo defeat Eastern Illinois on Sunday.

Rare Accolade: Earning Player of the Week honors in basketball in the Missouri Valley Conference is no small feat, as Hamlet became the first Valpo player to do so in men’s or women’s since the University joined the conference prior to the 2017-18 season. She was also the first Valpo women’s player to win a conference player of the week award since Sharon Karungi did so five years ago. In addition, Hamlet became the first player other than Drake star Sara Rhine to win MVC Player of the Week honors in women’s basketball this season.

On the All-Time List: Good things come in threes – so we figured we’d provide a third Hamlet tidbit. She has continued her climb on Valpo’s all-time scoring list, most recently passing Lynda Kukla (1988-1992) for 12th as the senior guard is up to 1,083 career points. Now she’s within striking distance of Tamra Braun (2003-2007), who ranks 11th at 1,096. Hamlet has made 172 career 3-pointers and recently cracked the Top 5 in program history in that area. She needs 11 more to draw even with Dani Franklin (2014-2018), who is fourth at 183. Hamlet will likely play in her 100th career game and make her 98th career start on Saturday.

Amazing Grace: Junior Grace Hales enjoyed her most prosperous day in a Valpo uniform on Sunday against Eastern Illinois as she poured in a career-high 21 points on 7-of-12 shooting and a season-high seven rebounds to help Valpo to a 62-60 win. Hales played a career-high 37 minutes and has started three straight games. She has earned an uptick in playing time after playing just 13 minutes (and scoring two points on 0-of-3 shooting) in the season opener on Nov. 7 at UIC. The performance against the Panthers upped her previous career high of 15, which was achieved on Jan. 12, 2018 vs. Loyola.

Not for the Faint of Heart: Seven of Valpo’s first eight games this season have been decided by 10 points or fewer. A year ago, Valpo had eight games the entire year decided by that slim of a margin. Valpo has two wins by two points or fewer this season, allowing the team to improve to 7-1 in those games since the start of the 2015-16 season and 7-0 in such games that are decided in regulation.

Balanced Effort: Valpo has had five different leading scorers in the last six games. A year ago, Valpo was led in scoring by either Dani Franklin or Meredith Hamlet in 26 of the team’s 31 games.

Blood on the Boards: Valpo sophomore Bryce Blood has pulled down 10 rebounds in two of her last three games. She has earned a place in the starting lineup, starting three consecutive contests after beginning the season by coming off the bench in her first three appearances. In her four games since returning after missing a game with an injury, Blood has twice scored double figures and twice accumulated double-figure rebound totals.