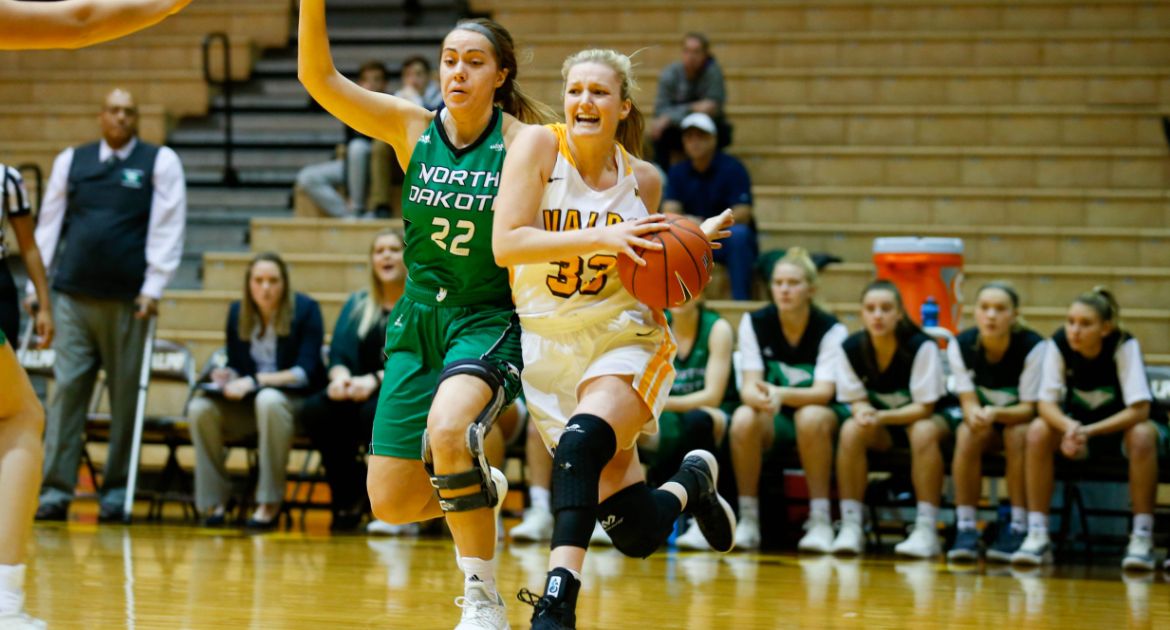 The Valparaiso University women’s basketball team roared back from a 17-point second half deficit to pull as close as a single point, but visiting Illinois State held on for dear life to escape Northwest Indiana with a 70-67 victory. Valpo trailed by no more than four points over the final 9:40 of the fourth quarter, but never tied the game or took the lead. Senior Allison Schofield (McCordsville, Ind. / Heritage Christian) led the way with her best day in a Valpo uniform.

“The message to our team is that we need to come out and play like we did in the second half from the start. Early in the third quarter, our players weren’t sure how they were going to respond, but they quickly decided to fight. Once they made that decision, they did a really nice job making plays defensively and executing offensively.”

“Five players having 20-point games this weekend speak volumes about our players and their willingness to share the basketball and understand that we’re better as a team when we can let the players play. Everybody is going to be game-planned for, so when it’s your night that they’re game-planning against you, someone else has to be able to step up. I love coaching like that rather than just having one player who can score. I knew throughout the game today that someone would step up and start making shots.”

“Allison and Grace did a nice job of attacking, being aggressive and exploiting their matchups. Illinois State did a good job of putting a guard on Addy, which made her struggle with her ability to drive, but once we figured out what we were doing, Allison and Grace stepped up in a big way.”

“Obviously, we’re not going to be bigger than any opponent for the remainder of the year, and maybe for the remainder of time, but I thought we did a better job working as a team in the second half and only giving up 16 points in the paint. Twenty-eight in the first half is way too many. If we could have had that same focus of swarming their post players in the first half, that would have gone a long way. We did a better job of doing that in the second half.”

“We’re going to get together tomorrow and watch the game and breakdown things we need to work on and things we did well. We do that every week; I love to show our players what they did well. There’s a lot of good in every game, win or loss, and there are a lot of mistakes in every game, win or loss. We’ll talk about those, and continue to work on us and what we do offensively and defensively.”

A stretch of four consecutive home games will continue on Friday evening as Valpo hosts Drake. Please note that the tip time is 5 p.m., two hours earlier than originally scheduled. The game will be broadcast on ESPN+ and 95.1 FM Valparaiso. Links to live video, audio and stats will be available.