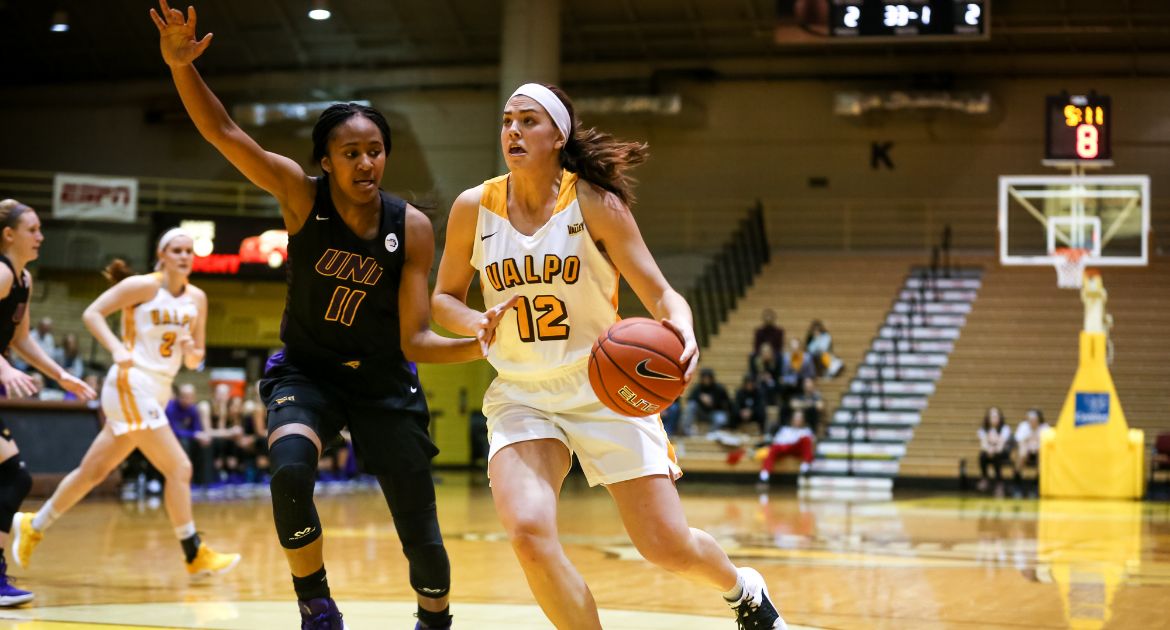 Addison Stoller led the team with 15 points and finished a rebound shy of a double-double on Friday..
Valparaiso at Evansville | February 15, 2019

The Valparaiso University women’s basketball team had four players score 10 points or more, but Evansville came away with a 77-65 victory on Friday night at Meeks Family Fieldhouse. Addison Stoller (Cissna Park, Ill. / Cissna Park) and Grace Hales (Cromwell, Ind. / Westview) each came within a rebound of a double-double.

Valpo (6-18, 2-10) will return to action on Sunday as the team closes out a two-game instate road swing in Terre Haute. It’s a 1 p.m. CT (2 p.m. ET) tipoff as Valpo visits Indiana State in an effort to avenge an overtime loss from earlier this season. The game will be broadcast on ESPN+ with links to live video, audio and stats available on ValpoAthletics.com.