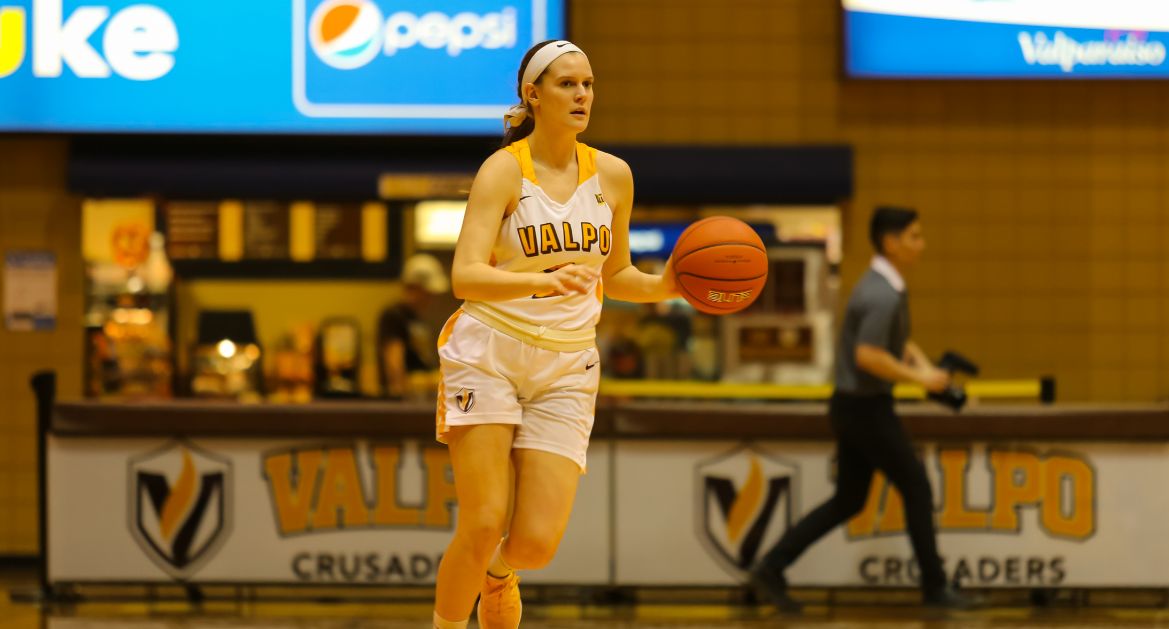 Meredith Hamlet had a team-high 12 points on Sunday.
Valparaiso at Illinois State | March 03, 2019

The Valparaiso University women’s basketball team has made 3-point shooting a hallmark of the program throughout the season, as evidenced by setting the school record for made 3s in a single season. But Sunday afternoon marked a rare cold shooting showing from beyond the arc, contributing to a 74-53 defeat to Illinois State at Redbird Arena in Normal, Ill.

“You can’t go 2-for-25 from 3. We had a lot of catch-and-shoot 3s that didn’t go in. That was an abnormal thing for our team to do. We’re good shooters. If we have a decent day shooting the basketball, this game is completely different. We had some lapses at times on defense, but we continued to fight. Illinois State did a nice job shooting the basketball today.”

“Our plan to put Goods on the bench with foul trouble was the right thing and we did. We got really good looks, we just didn’t make them. You have those nights where you don’t shoot well. We’ve got to get shots up this week and get our confidence back because this group is a much better shooting group than what we saw today. I don’t foresee games like this happening very often at Valpo.”

“Saturday is our seniors’ last chance to play in the ARC and play in front of family and friends. It’s our last time playing at home with this group of individuals. I would expect them to be excited and ready to go. We’re going to have to come out and have a good game plan against Loyola.”

Valpo (6-23, 2-15) will close out the regular season on Saturday at 1 p.m. against Loyola at the Athletics-Recreation Center. It’s Senior Day at the ARC as the program recognizes the senior class prior to the game and holds a postgame Senior Day reception. The game will be broadcast on ESPN+ with links to live video, audio and stats available on ValpoAthletics.com.