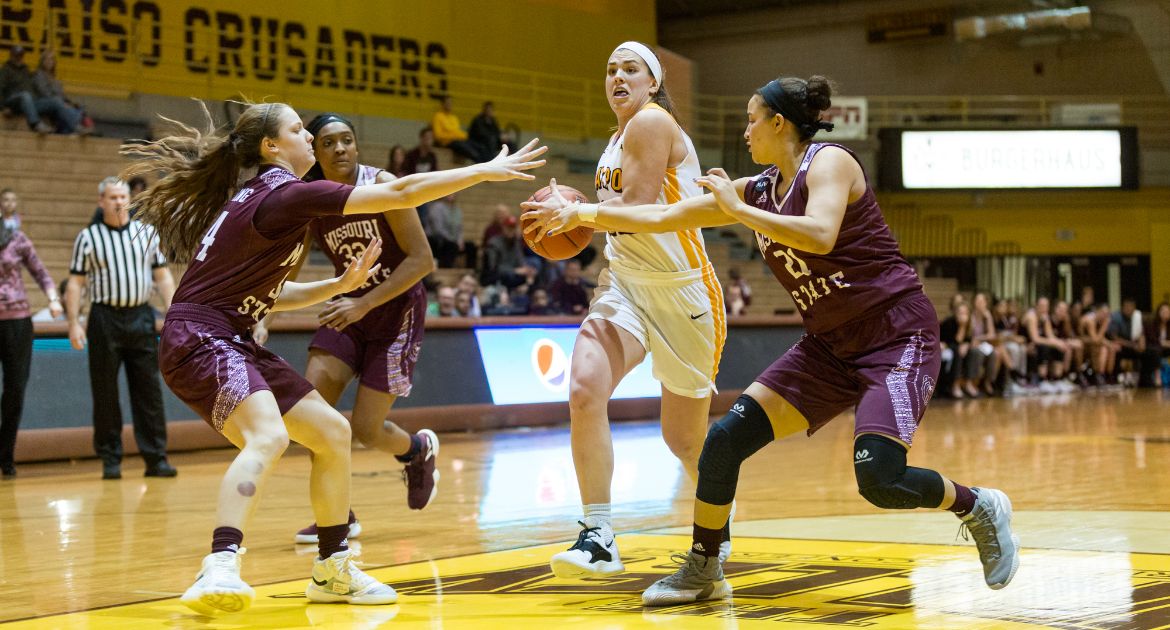 The Valpo women’s basketball team finally opened up the 2019-20 campaign Sunday afternoon, taking on Big Ten foe Ohio State at the Ohio Basketball Hall of Fame Classic at Wittenberg University in Springfield, Ohio. Valpo hung tight with the Buckeyes through the opening quarter of play, but OSU would pull away for an 89-38 win.

“I thought we came out and played a pretty good first quarter. We did a good job defensively, and kept our defensive mindset even though we weren't shooting well. In the second quarter, we lost that defensive mindset a little bit and started giving things up, and then I thought we let things really get away from us in the third quarter. We lost our intensity, Ohio State came out strong and we backed down a bit, and I felt like the physicality started to wear at us. We came back in the fourth quarter though and got back to playing more like ourselves - we did the things that we wanted to do, and turned in a decent final quarter.”

“This was a great opportunity for our players to go up on a team of young, extremely talented individuals - Ohio State had the fourth-ranked recruiting class in the nation coming into this year. It was a good test, and Ohio State exposed a lot and showed us things we need to work on. We'll take a look at this game, get back on the court tomorrow, make corrections and get ready for the North Dakota trip. We understand this is going to be a process, that each game some things will go well and some will go poorly, and we'll work to keep getting better at the things that go well and work to improve on the things that go poorly. We will grow game by game - it's a long season, and this result won't define who we are come February.”

Valpo (0-1) heads up to North Dakota for a pair of games next weekend, starting off Friday night at North Dakota State in Fargo. The game is slated for a 7 p.m. tip, and can be heard live on WVUR (95.1 FM, Valparaiso) and seen online on ESPN3.