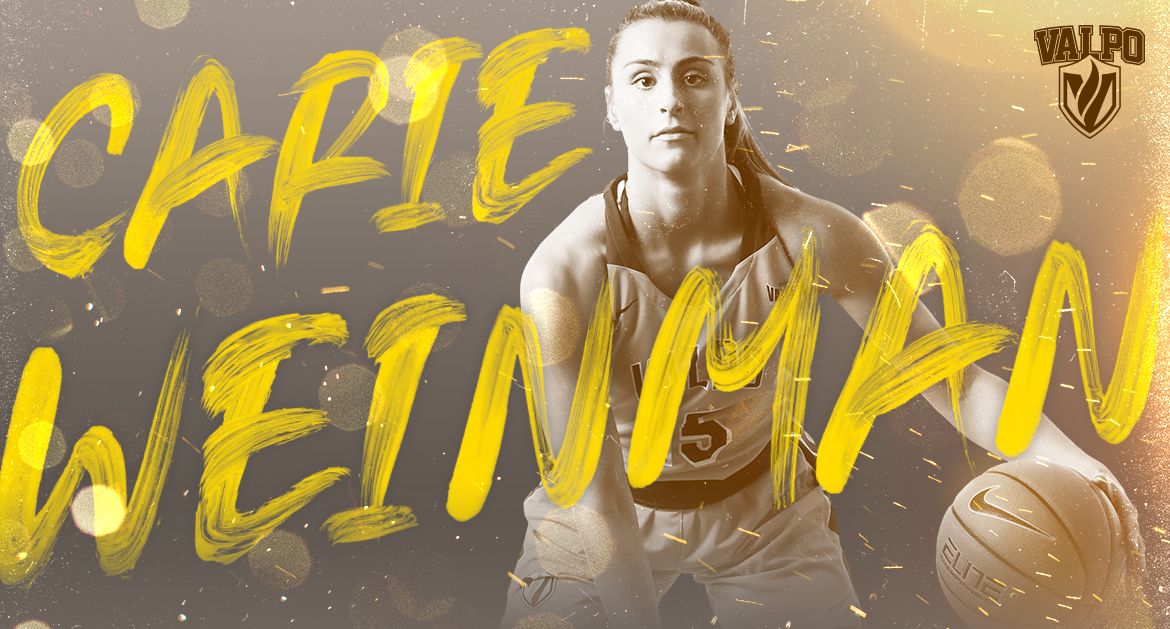 Valpo women’s basketball sophomore Carie Weinman (Glenview, Ill./Glenbrook South [Denver]) has been named the Missouri Valley Conference Newcomer of the Week after leading Valpo to a road win at Toledo last week with one of the top shooting performances in program history.

Weinman scored a game-high 20 points as Valpo earned a 61-54 road win over the Rockets, who advanced to the 2nd round of last year’s WNIT. Weinman was on fire from the 3-point line, finishing the night 6-of-8 from downtown - tied for the sixth-best single-game 3-point percentage (minimum 7 attempts) in program history and the best percentage by a Valpo player since 2011.

The sophomore scored 11 of her 20 points in the 3rd quarter as part of a 16-6 period which turned a one-point halftime deficit into a nine-point lead with 10 minutes to play. It was the second consecutive strong shooting performance for Weinman, who previously went 4-of-8 from the 3-point line in Valpo’s Nov. 24 win over Bowling Green.

Weinman is the first Valpo player to earn MVC Newcomer of the Week accolades since the program joined the Missouri Valley Conference. Weinman and her teammates return to action this Thursday morning with a 10 a.m. CT tip at Detroit Mercy.