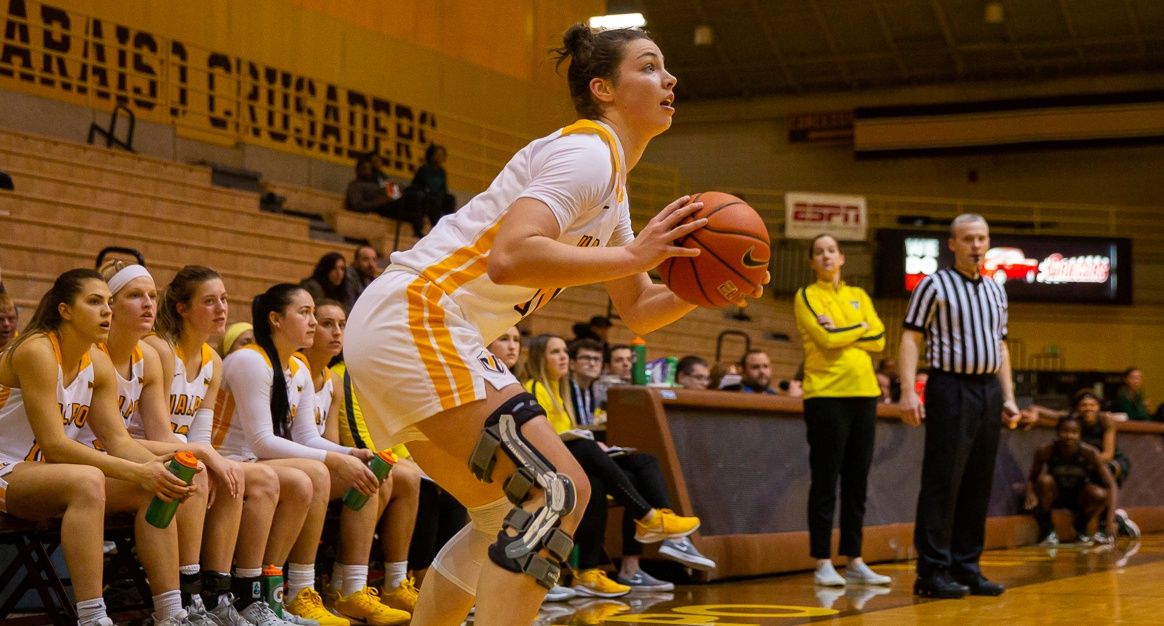 The only drama at the ARC Saturday afternoon for the Valpo women’s basketball team was how large its final margin of victory would be, as the Brown and Gold led visiting Chicago State by 22 points after one quarter and cruised from there to a 95-49 win over the Cougars. The victory was Valpo’s sixth straight win, matching the program’s longest winning streak since 2002, and featured career-best efforts from juniors Marlee Profitt (Medina, Ohio/Highland) and Caitlin Morrison (Glenview, Ill./Glenbrook South).

“I think we're making good progress. There's still a lot of room for us to improve – we’ve still got to get better at rebounding the basketball. We talked about being better with turnovers today, and we did a good job staying under 12. There’s still a lot of room for this team to grow and get better, but I’m really happy with the effort today and really happy with how our players have handled things with our non-conference so far.”

“We have 12 people who can play right now, and all 12 of them can play - we're really deep, and I think at times that makes it really hard for me, to find playing time for everybody. But I think it allows our players to go out and play with a little bit less pressure - there's no one person who goes out and feels like they need to score 30 for us to win. They know that each and every one of their teammates can contribute and pick them up if they're having a bad night.”

Valpo (7-3) will take aim at a seventh straight win on Monday evening with its final non-conference game of the campaign and its final contest of calendar year 2019, making the trip to Charleston, Ill. to face Eastern Illinois. Tipoff is slated for 6 p.m., and the game can be seen live on ESPN+.