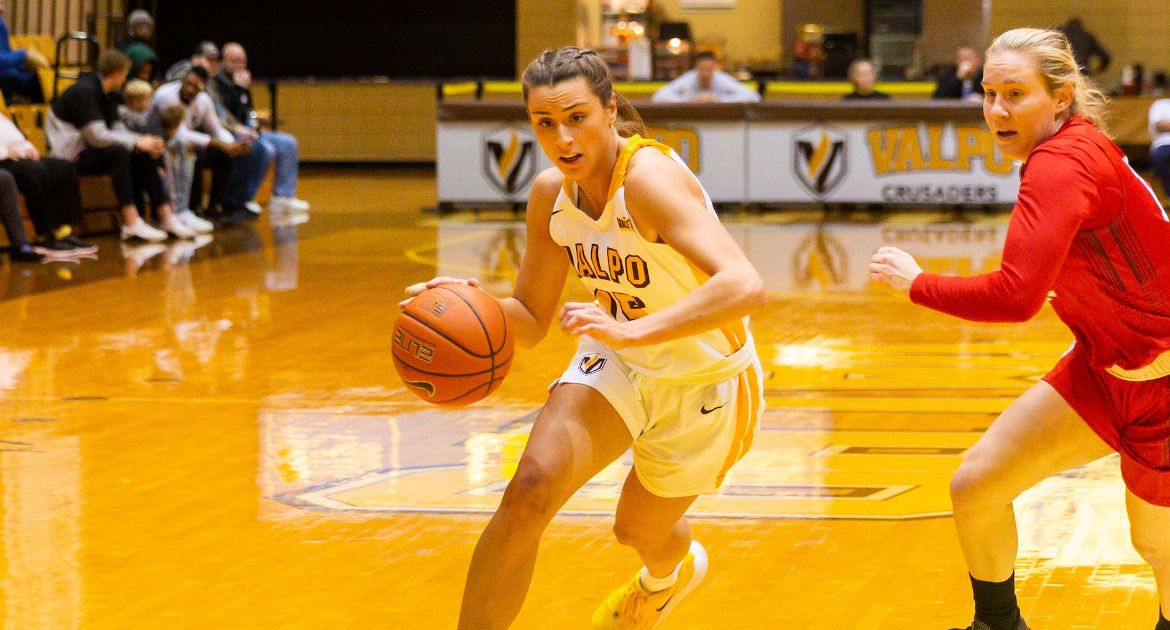 The Valpo women’s basketball team put together a furious fourth-quarter rally Sunday afternoon against UNI in Cedar Falls, Iowa, coming back from down 16 with eight minutes to play to pull within three inside of two minutes remaining, but was unable to complete the comeback, as the Panthers came out 77-70 victors in the finale of the first half of the MVC slate. All five Valpo starters scored in double figures, with junior Caitlin Morrison (Glenview, Ill./Glenbrook South) also matching her career high with six blocked shots.

Valpo (11-9, 3-6 MVC) starts out the second half of conference play at the ARC Thursday night as it hosts Evansville at 6 p.m. The game will be broadcast live on ESPN+.