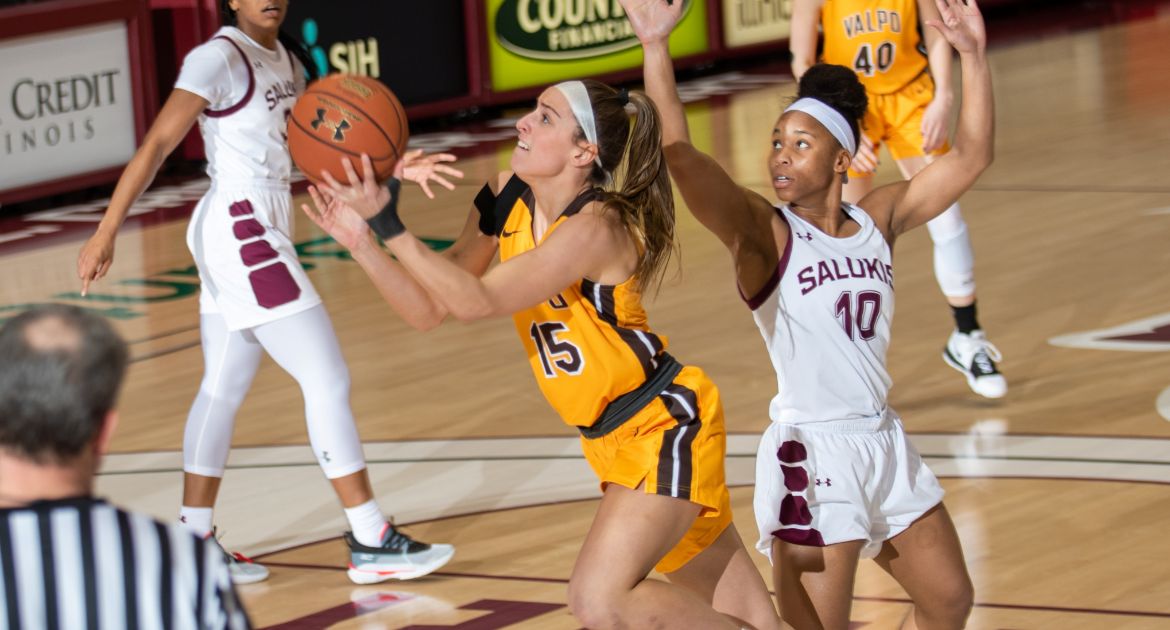 The Valpo women’s basketball team closed out the regular season with a strong performance in a game which had a lot on the line, using an early fourth-quarter run to pull away from Southern Illinois for a 69-58 road victory Saturday afternoon. The victory clinched the sixth seed for the Brown and Gold and ensured that Valpo would open Hoops in the Heartland in the quarterfinals on Friday against third-seeded Bradley.

“Our players showed a tremendous amount of toughness and composure this afternoon. It was an extremely physical contest, and I thought that from the first media timeout on, we matched SIU’s aggressiveness for the remainder of the game. They showed a lot of mental toughness to fight through any physical fatigue that they might have had and continue to play the game one possession at a time. My staff and I challenged our players to play this game one stop and one score at a time and to stay together through any adversity that they might face. I think they really stepped up and did that throughout the game.”

“We have made great strides since the beginning of January. This team has continued to make just getting better everyday their sole focus. We try not to talk too much about results and just try and learn and grow every game.  They have stayed connected on and off the court and continue to fight with and for each other every day. They show up and do the work, and it is nice to see that they have been rewarded ith getting some positive results in February and March.”

“We talked before the season about building a championship program and culture here at Valpo and this team being the foundation for what we are building for the future. Not playing in the first round was something that they wanted to set as a goal this year, so I am excited for this group and proud of them for achieving that goal.”

Valpo (17-12, 9-9 MVC) will be the sixth seed for Hoops in the Heartland and will open up tournament action Friday evening against third-seeded Bradley at approximately 8:30 p.m.