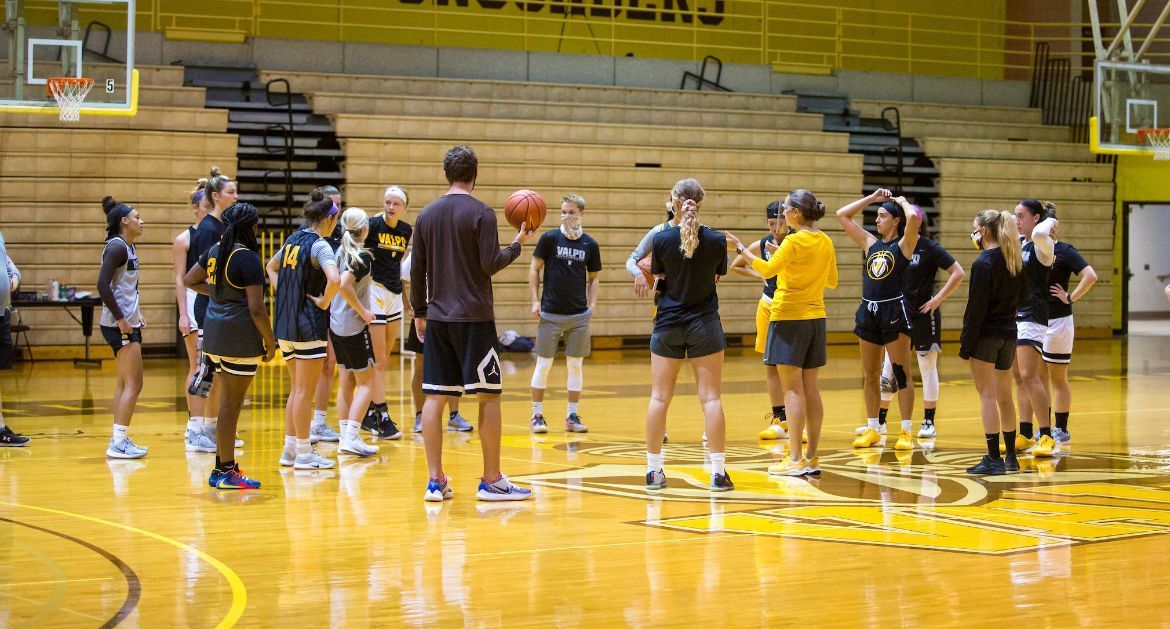 Coming off of the program’s best season in over a decade and one of the nation’s top turnarounds, the Valpo women’s basketball team has been picked to finish in seventh place in the Missouri Valley Conference for the 2020-21 season, according to preseason polling of the conference’s head coaches, sports information directors and media members.

Last season saw Valpo enjoy a remarkable season, as the team finished the campaign with a 17-12 overall record and a 9-9 mark in MVC play to finish in sixth place in the conference standings. The team jumped 172 spots in the RPI from the previous season, the largest leap for any D-I team in the nation, and improved by 10.5 games over the prior year, sixth-best nationally.

Last year’s 17 wins marked the most by a Valpo team since 2006-07, while the .500 record in conference play was the program’s first since 2008-09. Three starters and nine letterwinners in all are set to return from a squad which closed out last season strong, winning six of its final nine MVC games.

Valpo tallied 176 points in the polling to finish in seventh position. Last year’s regular season champions, Missouri State, claimed 33 of the 40 first-place votes and topped the poll, while Bradley received the other seven first-place nods and is projected second.

Valpo’s MVC schedule is set to kick off as the calendar flips to 2021 when it hosts Loyola. The non-conference schedule will be released at a later date.