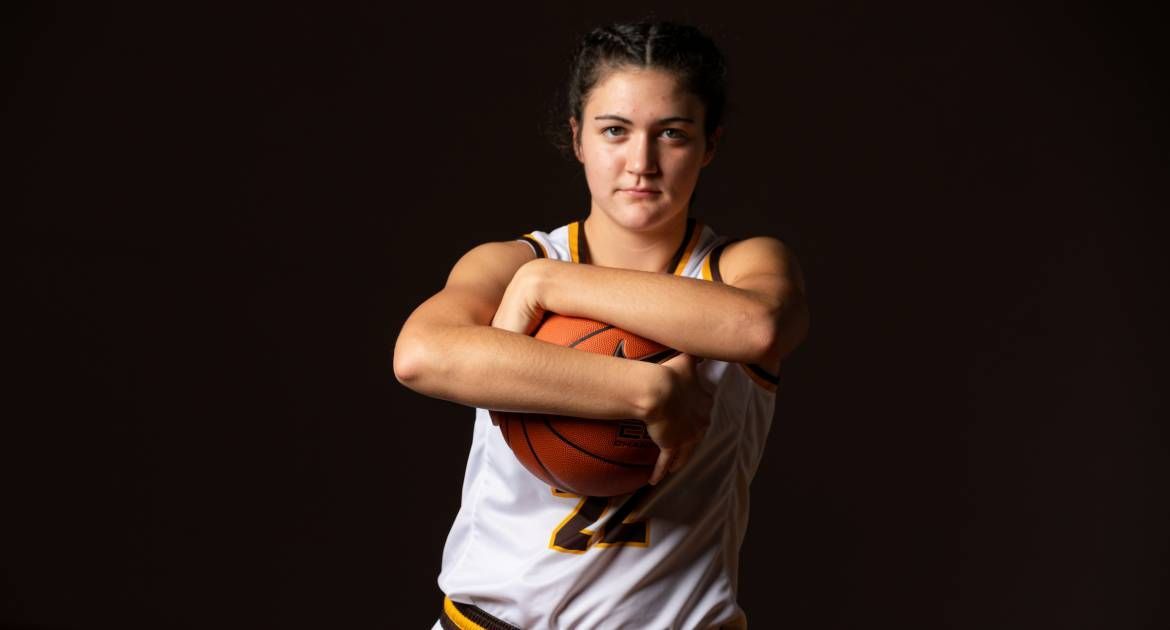 Next Up in Valpo Basketball: The Valpo women’s basketball team continues its stretch of four straight road games to begin the 2020-21 campaign on Wednesday evening when it heads to Champaign, Ill. to face Illinois. The game against the Illini is the first of back-to-back games against Big Ten foes for the Brown and Gold.

Previously: Valpo dropped its season opener on Sunday at Bowling Green by a 70-60 final. Senior Grace White led the way offensively with 15 points and added four steals and four blocked shots, while freshman Leah Earnest tied for game-high honors with 10 rebounds in her collegiate debut.

Head Coach Mary Evans: Mary Evans (25-37) is in her third season as head coach of the Valpo women’s basketball program in 2020-21. Evans led the Valpo program to a remarkable season across the board in 2019-20, one that concluded among the nation’s top turnarounds from the season before. Valpo posted a 17-12 record in Evans’ second season at the helm, the 17 wins the most by a Valpo team since the 2006-07 campaign and the 10th-most in a single season in program history. Valpo improved its record by 10.5 games over the previous season in 2019-20, tied for the sixth-best improvement in Division I.

Series Notes: Illinois has won all four previous matchups between the two women’s basketball programs, three of which have come in Champaign. The two teams last met two seasons ago on Nov. 14, 2018, a 73-54 Illinois win at the State Farm Center. Allison Schofield led four Valpo players in double figures with 16 points in that contest. Shay Frederick, who scored four points in 25 minutes off the bench, is the only member of this year’s team who scored for Valpo in that game.

@ValpoWBB...
...and @ValleyHoops
- Valpo has been picked to finish in seventh place in the MVC preseason poll, totaling 176 points.
- Valpo is in its fourth season as a member of the Missouri Valley Conference in 2020-21.
- The Valley was ranked eighth nationally in conference RPI in 2019-20.

...looking back at last year
- Valpo finished the 2019-20 campaign with a 17-12 overall record, a 10.5-game improvement over the previous year ‑ good for sixth-best nationally.
- Valpo jumped 172 spots in the RPI from the previous year, the largest leap for any D-I team in the nation.
- Valpo’s 17 wins marked the most by a Valpo team since 2006-07.
- The Brown and Gold finished in sixth place in the MVC standings with a 9-9 record - the program’s best finish since joining The Valley.
- The .500 record in conference play was the program’s first since 2008-09.
- Valpo closed the regular season strong, going 6-3 in the second half of MVC play.
- Grace Hales earned Honorable Mention All-Conference accolades, while Carie Weinman was named to the MVC All-Defensive Team.
- As a team, Valpo set the program’s single-season record for free throw percentage (.792), while Hales broke the program’s individual single-season record in the category (.890).

...at Bowling Green
- BGSU pushed out to a 46-36 lead with 2:51 to play in the third quarter before Valpo put together a quick spurt. Marlee Profitt answered a Falcon 3-pointer with a triple of her own, Leah Earnest converted a fast-break layup off a steal by Carie Weinman and Profitt stole a rebound away from a BGSU post and laid it in for a quick seven points in 48 seconds.
- An inside basket from Grace White in the final 40 seconds of the third quarter capped an 11-2 run, made it a 48-47 BGSU lead with 10 minutes to play and put Valpo in position to take the lead to start the final period.
- Valpo was unable to continue the momentum into the fourth quarter, however, as BGSU reeled off the first 13 points of the period over the first five minutes to take control.
- After leading Valpo in scoring three times last year, White paced the offensive effort in Sunday’s opener with 15 points. The junior added six rebounds — including four on the offensive end — set a career high with four blocked shots and matched her career best with four steals.
- Shay Frederick joined White in double figures with 11 points and Profitt hit all three of her field goal attempts to finish with seven points.
- Carie Weinman posted nine points and six rebounds as well. The MVC leader in steals last year, she also continued her work in that category, matching White with a game-high four thefts.
- Both teams struggled shooting the ball Sunday, as Valpo went 20-of-58 (34.5%) from the floor and 6-of-30 (20%) from 3-point range. Meanwhile, BGSU hit at a 34.4% (22-of-64) clip from the field and was 7-of-28 (25%) from deep.
- The Falcons out-rebounded Valpo by a 48-36 margin, thanks in large part to 17 offensive rebounds. BGSU also took advantage of 25 Valpo turnovers to score 26 points, while the Brown and Gold scored just 17 points off 21 Bowling Green turnovers.
- A 34.3% 3-point shooting squad a season ago, Valpo had just three efforts from deep last year worse than its 20% clip Sunday – one of which came in last year’s season opener.
- Valpo tallied 14 steals and blocked seven shots in the losing effort Sunday, both of which were marks it surpassed just twice last season.

...looking ahead
- Valpo continues its four-game stretch away from home Sunday afternoon with a trip to West Lafayette to take on Purdue.
- The season-opening road swing ends Tuesday afternoon at Miami (Ohio).

Earnest-ly Attacking the Boards
- Freshman Leah Earnest made an immediate impact in her collegiate debut on Sunday at Bowling Green.
- Earnest came off the bench to play 25 minutes and tied for game-high honors with 10 rebounds.
- Earnest became just the second Valpo freshman in the last quarter-century to reach double figures on the glass in her collegiate debut, and the first to do so against a D-I opponent.
- Earnest is also just the third freshman in the last 16 years to lead Valpo in the rebounding category in their first career game.

Life on the Road
- Valpo is in the midst of a four-game stretch of road contests to open the 2020-21 campaign before finally opening up at home on Dec. 12.
- This marks the second straight season that Valpo has played four straight away from home to open the year, as last year’s squad had one neutral-site game followed by three true road games.
- It matches Valpo’s longest stretch of games away from home to open a season since beginning the 2007-08 season with six consecutive games away from the ARC.

A B1G Challenge
- Of Valpo’s seven scheduled nonconference games, three are against Big Ten programs - Illinois, Purdue and Wisconsin.
- Valpo has played three nonconference games versus Big Ten teams in Mary Evans’ first two full seasons - Illinois in 2018-19; Ohio State and Northwestern in 2019-20.
- Should all three games be played as scheduled, it would be the first time in program history Valpo has faced three Big Ten opponents in a single season.
- The games at Illinois and at Purdue come back to back, the first consecutive games against Big Ten foes for Valpo since opening the 2006-07 season at Northwestern and at Indiana.
- Valpo is in search of its first win over a Big Ten team since the 2012-13 season opener, a 64-52 win over Indiana at the ARC.

Just Win, Baby, Win
- The 2019-20 Valpo squad had one of the top turnarounds in program history from the previous year and one of the best turnarounds in the nation.
- Last year’s squad more than doubled the win total from the prior season, as the 2018-19 team went 8-24 overall, while the 2019-20 squad went 17-12.
- It was the second-largest improvement in the win column from one year to the next in program history, trailing only the 2001-02 team, which improved an astounding 19 wins from the previous season (7-22 -> 26-7).
- Valpo’s 10.5 game improvement last year was sixth-best nationally, while the program’s 172-spot jump in the RPI was the largest leap in the nation.
- Valpo’s 17 wins made it the program’s winningest campaign since 2006-07.
- The wins came in non-conference play, where Valpo posted an 8-3 record – the best pre-conference mark in program history.
- The wins came away from home, as Valpo went 9-5 in true road games – the most road wins since the 2001-02 team won nine true road games.
- The wins came when the schedule shifted to MVC action, as Valpo finished 9-9 in MVC play – its first .500 or better record in league play since 2008-09 – in a conference which finished the season ranked eighth nationally in RPI.
- The 9-9 mark in MVC play was a six-win improvement over the previous year.
- Per WarrenNolan.com, Valpo’s record in games outside of quadrant 1 opponents was an impressive 17-4.

It’s Been Awhile
- With the start date for the 2020-21 season pushed back by the NCAA, Valpo ended up going 267 days between games.
- Valpo’s last game of last season came on March 7, a 69-58 win at Southern Illinois, and the Brown and Gold returned to the court Nov. 29 at BGSU.
- The Nov. 29 season opener was the latest for the Valpo women’s basketball program since the 1992-93 team opened on Dec. 1 against Western Michigan.
- Valpo’s scheduled home opener is slated for Dec. 12 versus Western Michigan, which would be the program’s latest home opener since 1994-95, when the Brown and Gold hosted Aurora on Dec. 20.

Threes and Thieves
- As head coach Mary Evans has implemented her preferred style of play on both ends of the court through her first two years at the helm, Valpo fans have come to know that they’ll see 3-pointers and they’ll see steals when the team takes the floor.
- Valpo paced the Valley last season in both 3-pointers/game (8.6) and steals/game (10.3).
- Valpo finished last year ranked 14th nationally in 3-pointers/game and 27th in steals/game.
- Last year’s squad made 250 3-pointers, second-most in a single season in program history - trailing only the 276 triples by the 2018-19 team.
- In Evans’ first two seasons, Valpo has connected on 14 or more 3-pointers in a single game five times after doing so just eight times total before her arrival.
- Valpo tallied double digits in steals 16 times last year, highlighted by a 20-steal performance at Evansville - the program’s highest single-game steals total since 2003.
- With 300 steals, last year’s team finished the campaign eighth in program history in the category. The 2001-02 team (330 steals) is the only Valpo team in the last quarter-century to have registered more steals.

Starters, Assemble
- The 2019-20 Valpo squad became the first team in program history to trot out the same starting five in every game: Shay Frederick, Carie Weinman, Grace Hales, Addison Stoller and Caitlin Morrison.
- Valpo had three previous seasons (2007-08, 1997-98, 1983-84) where four players started every game of the season.
- Stoller graduated having started the final 61 games of her career in a row, while Hales closed her career with 56 consecutive starts.
- Three of the starters are back this year. Frederick has made 43 straight starts dating back to the middle of her freshman year, while Weinman and Morrison have now made 30 consecutive starts. Morrison owns a total of 84 starts during her time at Valpo.

What’s Back
- Nine letterwinners from last year’s team, including a trio of starters, return for Valpo in 2020-21.
- The three returning starters are redshirt senior Caitlin Morrison, redshirt junior Carie Weinman and junior Shay Frederick.
- Three other seniors return as well: Ella Ellenson, Marlee Profitt and Grace White.
- Junior Ilysse Pitts and sophomores Cara VanKempen and Zoe MacKay Zacker round out the nonet of returnees.
- In all, Valpo returns 68.5% of its minutes played, 64.2% of its scoring and 66.8% of its rebounding from last year’s squad.

Who’s New
- Five incoming freshmen - all of whom hail from the Midwest - round out Valpo’s 14-player roster for 2020-21.
- Leah Earnest (Stevens Point, Wis.), Lauren Gunn (Fishers, Ind.), Jayda Johnston (Roseville, Minn.) and Ava Interrante (McHenry, Ill.) all signed NLIs last November to join the Brown and Gold this season.
- Syria Butler (Dolton, Ill.) joined the program as a walk-on to complete the roster.