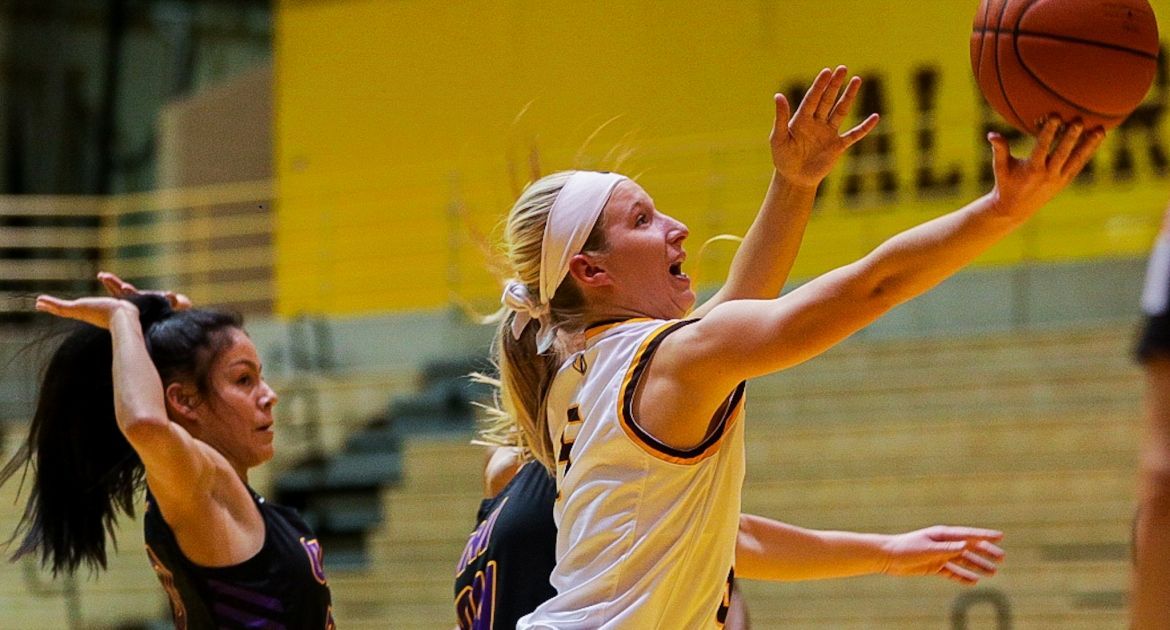 Junior Shay Frederick (Greenville, Wis./Hortonville) took over midway through the fourth quarter at the ARC Thursday evening, scoring nine points in a stretch of 74 seconds to give the Valpo women’s basketball team the lead for good in a 63-56 victory over UNI. The win over the Panthers came in the delayed conference opener for the Brown and Gold.

“UNI has really good players — they've got a good point guard, they've got good post players who can shoot the 3-pointer. I thought that group that was out there for us for a good chunk of the fourth quarter, along with Caitlin, did a great job communicating defensively, and I think that's where the big difference was. We started getting stops, we didn't have to face their zone as much, and we really took pride in guarding them in the fourth quarter.”

“Shay was a big part of the win here against UNI last year, where she did the same type of thing and had a really big fourth quarter. I think [UNI point guard] Karli Rucker is a really talented point guard, and when we play UNI, I think Shay steps up to that challenge in guarding her and attacking her offensively. I thought she did a great job being efficient with her shooting, she rebounded the ball well, got her teammates involved — she just played one heck of a basketball game.”

“Ella hit a huge 3-pointer in the third quarter when we were really struggling. We were struggling against the zone, tried a couple different things, then we came back to really works against it and just decided to be tough enough to run what we run against it. Part of it is making catch-and-shoot shots in the corner, and Ella hit one that was huge. I think her post defense all night was good — she had three steals and she was really physical with their post players.”

For the first time in 31 years, Valpo (5-3, 1-0 MVC) will play conference games on back-to-back days, as the MVC adjusted its conference scheduling this year to feature games on back-to-back dates against the same opponent at the same site each weekend. That means a rematch with UNI is on the docket for Friday evening at the ARC at 6 p.m. The game can be seen live on ESPN3 and heard live on WVUR (95.1 FM, Valparaiso).