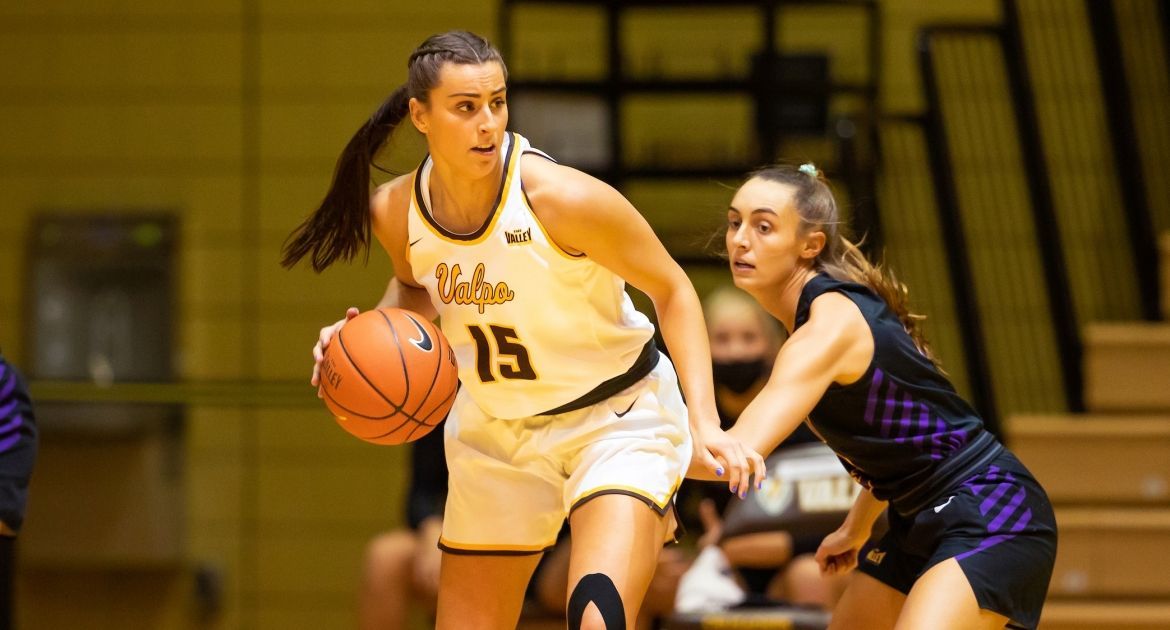 The Valpo women’s basketball team put together a furious fourth-quarter rally as it attempted to open MVC play with a two-game series sweep, but visiting UNI held off the rush from the Brown and Gold as the Panthers emerged 79-71 victors Friday evening. Junior Shay Frederick (Greenville, Wis./Hortonville) continued her strong recent play with a 26-point effort, her third straight game scoring at least 20 points.

“Hats off to UNI — they came out fired up today. I love playing against them, and they’re a good test for us. It was just a hard-fought game — we've got to get in here tomorrow, we've got to learn from this, we've got to grow from it.”

“I felt like the game was extremely physical from the start. I thought we weren't trying to drive like we normally do in the first half — every contact we got, we backed down a little bit from our drives. We had too many turnovers (14) in the first half too, and that put us down 15 at the half. UNI’s a team that you have to stay close if you want to try to claw back into the game, and we couldn’t do that tonight.”

Valpo (5-4, 1-1 MVC) continues Valley play with its first road series of the season at Illinois State next week, January 14 and 15. Both games are scheduled for 4 p.m. tips, both can be seen either on ESPN3 or ESPN+ and both can be heard on WVUR (95.1 FM, Valparaiso).