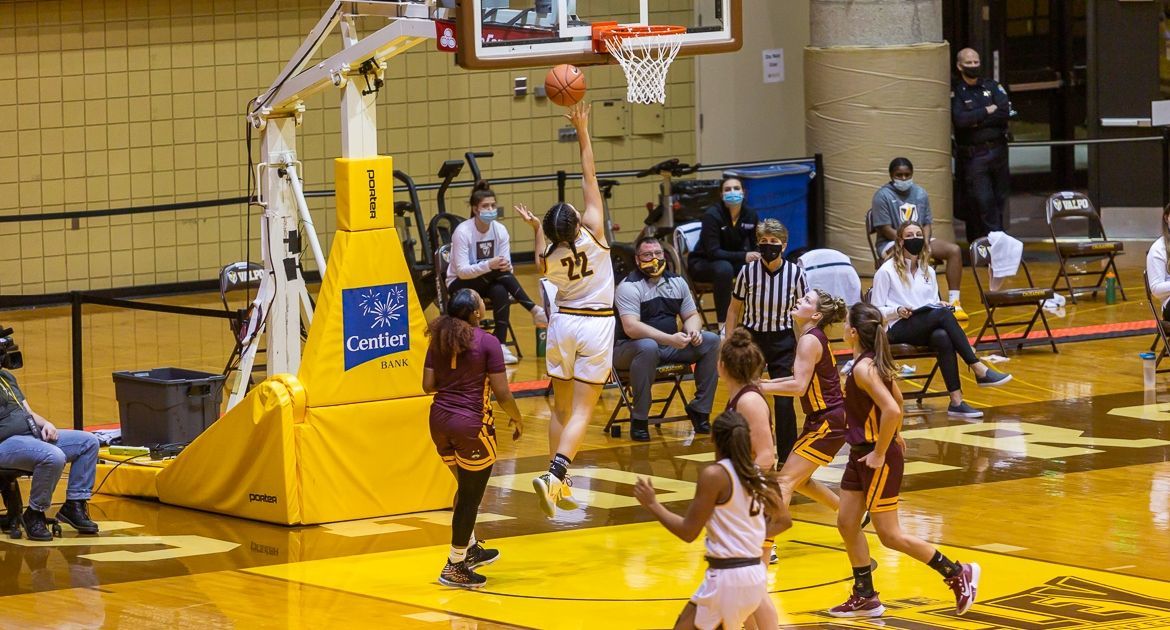 The Valpo women’s basketball team shot just 27.8% from the floor and hit only one 3-pointer on Tuesday as it dropped an MVC contest at the ARC to visiting Loyola, 53-36.

Valpo (6-6, 2-3) will be away from competition for over a week as its scheduled series at Southern Illinois this weekend has already been postponed. The Brown and Gold are slated to return to action on Saturday, Jan. 30 against Missouri State at the ARC.