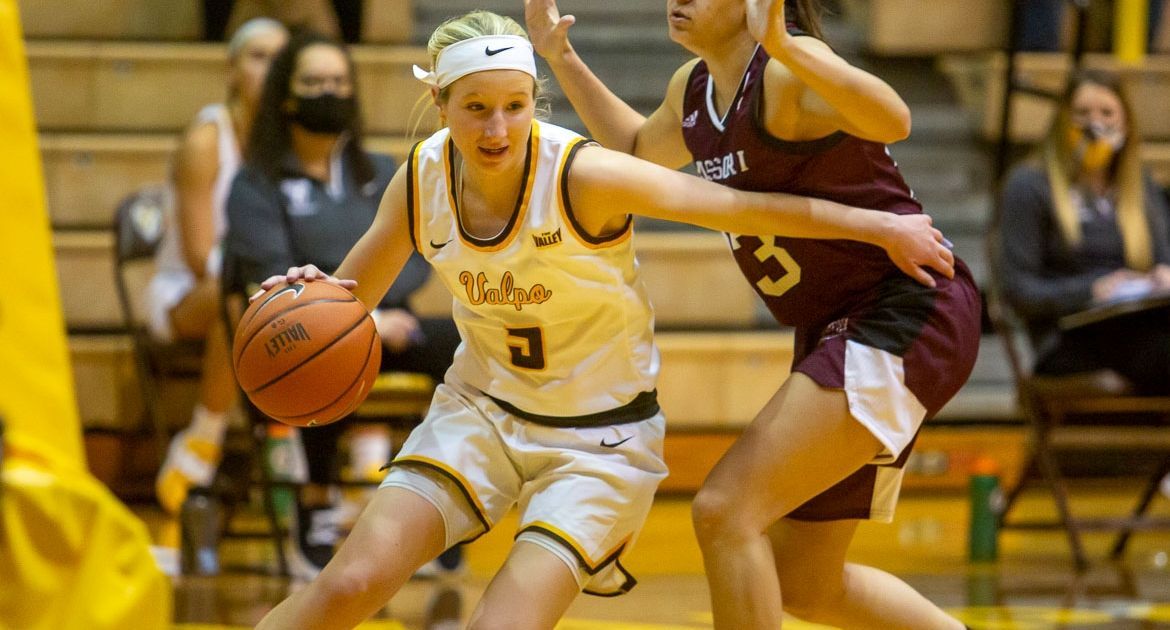 Playing for the first time in 11 days and facing a nationally-ranked foe, the Valpo women’s basketball team put together a strong defensive effort in a 61-51 loss to #RV/25 Missouri State Saturday afternoon at the ARC. Junior Shay Frederick (Greenville, Wis./Hortonville) led the way offensively with a game-high 23 points.

“I thought we did a good job against them defensively for the majority of the game. We did a really good job of matching their aggressiveness and their physicality, especially on the defensive end. We did a pretty good job defending the 3-point line, and did a pretty decent job rebounding the ball as well, especially since that's not one of our stronger suits.”

“The way we defended even with offensive struggles) shows some growth in our team. In the past, that's something we've struggled with - when shots weren't falling, we weren't wanting to stay mentally tough and continue to defend. I do think our players did a really good job of that today. We had multiple 3-pointers that went in and out, we had some shots that I thought were really good shots, we had offensive series where we moved the ball really well and got people open jump shots, and we just didn't make them. Despite that, I never thought we lost our defensive mentality - they guarded, they stayed together. And that's growth for us.”

Valpo (6-7, 2-4 MVC) faces off with the Lady Bears in the second game of the two-game series from the ARC Sunday afternoon at 3 p.m. The game can be seen live on ESPN+.