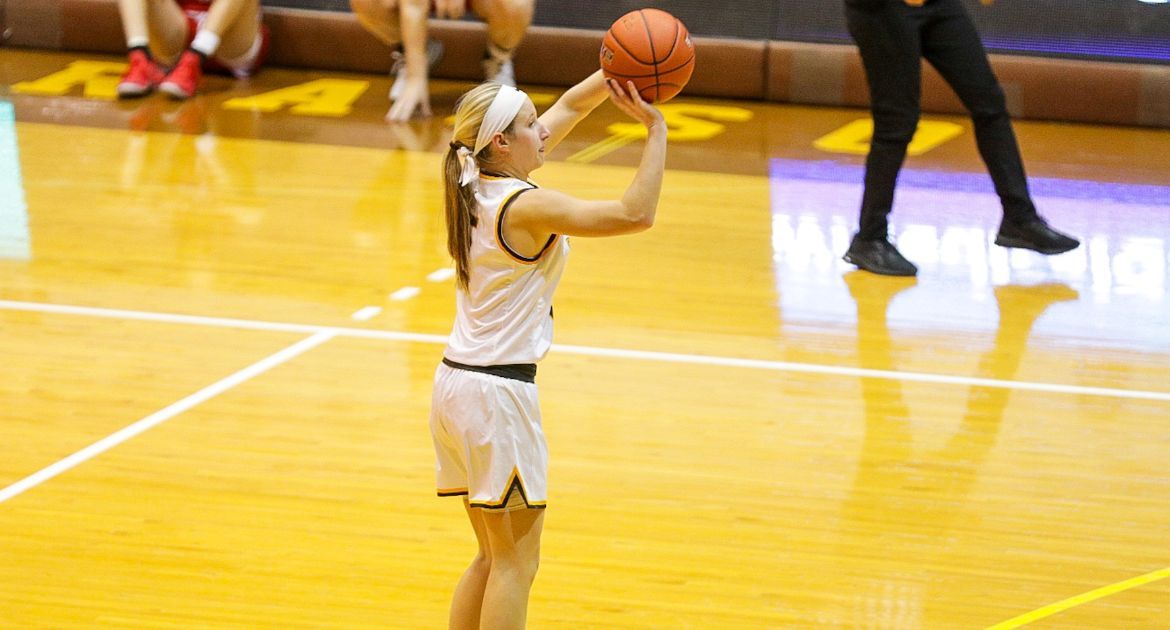 The Valpo women’s basketball team showcased its shooting prowess from deep at the ARC on Thursday evening, matching a program record with 17 made 3-pointers — including a 10-of-16 mark from downtown in the second half — to lift it to a 71-66 victory in MVC play over visiting Bradley. Junior Shay Frederick (Greenville, Wis./Hortonville) led the barrage from deep with five triples as Valpo overcame separate double-figure deficits three different times to earn another top-100 win within conference play.

“Defensively, Bradley mixed in man and zone, which we haven't seen a ton of zone. Our players did a great job making some adjustments with our zone offense, and really executed quite well. I’m really proud of the toughness they showed — they played through a lot of physical basketball tonight. That’s Missouri Valley Conference basketball, and I’m proud of the way our team is stepping up and playing against some of those more physical teams.”

“Bradley is a really talented team. Their guards are so good — they can score in a variety of ways and put pressure on your defense with how hard they drive the basketball. I thought our players made some great adjustments on that end as well — Bradley went away from some of their normal offense, went to dribble drive, and our players did a good job on the fly making adjustments to that change.”

Valpo (7-8, 3-5 MVC) looks to close out its first half of MVC play with a sweep of the Braves on Friday evening at the ARC. Tipoff is slated for 6 p.m., and the game can be seen live on ESPN+.