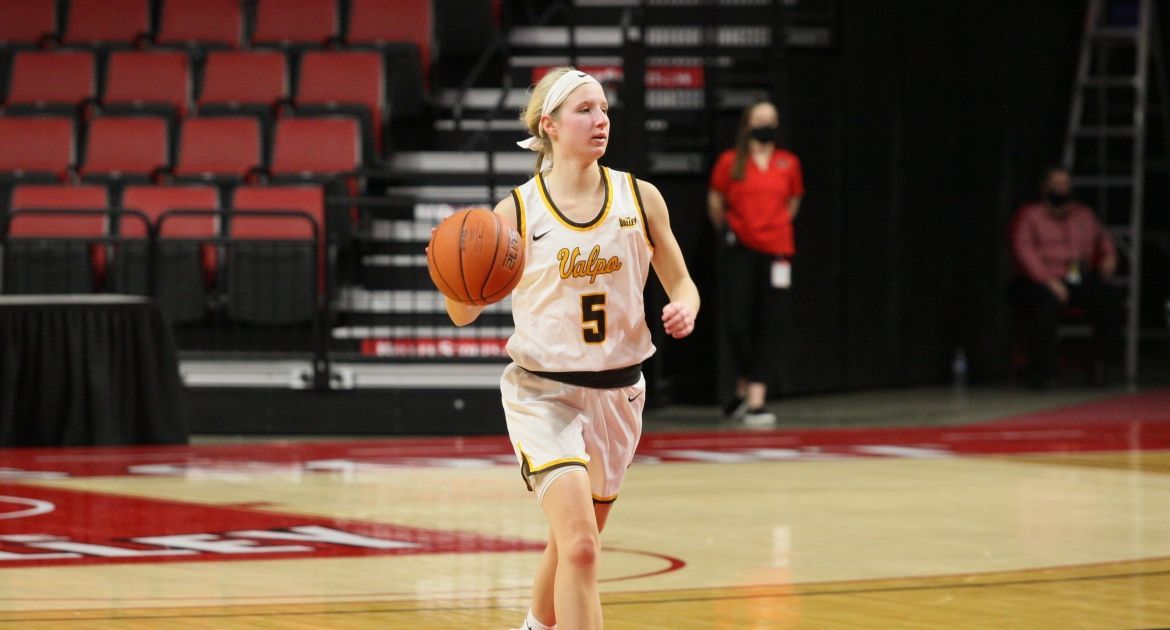 It was a display of 3-point shooting from the Valpo women’s basketball team on Saturday in Carbondale, Ill. which was unmatched in program history and ranks right up there with the top efforts in D-I women’s basketball in the last decade, as the Brown and Gold shot 15-for-20 from downtown in a 75-64 victory over Southern Illinois. Leading the way was junior Shay Frederick (Greenville, Wis./Hortonville), who scored a career-best 28 points and went 6-for-6 from deep.

“Overall, I am pretty pleased with our performance. Playing in Carbondale is never an easy task, and I thought our players’ focus and preparation leading up to the game was really good. I think we were pretty good defensively though the first three quarters and had a little let down in the fourth. We will need to continue to try and play a full 40 minutes of basketball on both the offensive and defensive ends.”

“I think our team played really unselfish offensively today. We had 17 assists on 25 made baskets. They worked really well today to get the best shots that we could and I think we were able to get more catch-and-shoot 3’s, which are the shots that we practice every day.”

“Shay was fantastic tonight. I thought she was really aggressive from the tip and didn’t second-guess any of her shots. She did a great job looking for her shots and facilitating for her teammates.”

“We will need to come out with the same aggressiveness tomorrow that we had today, and will need to do a much better job rebounding and taking care of the basketball. We can’t give Southern Illinois 12+ offensive rebounds and expect to have a positive result.”