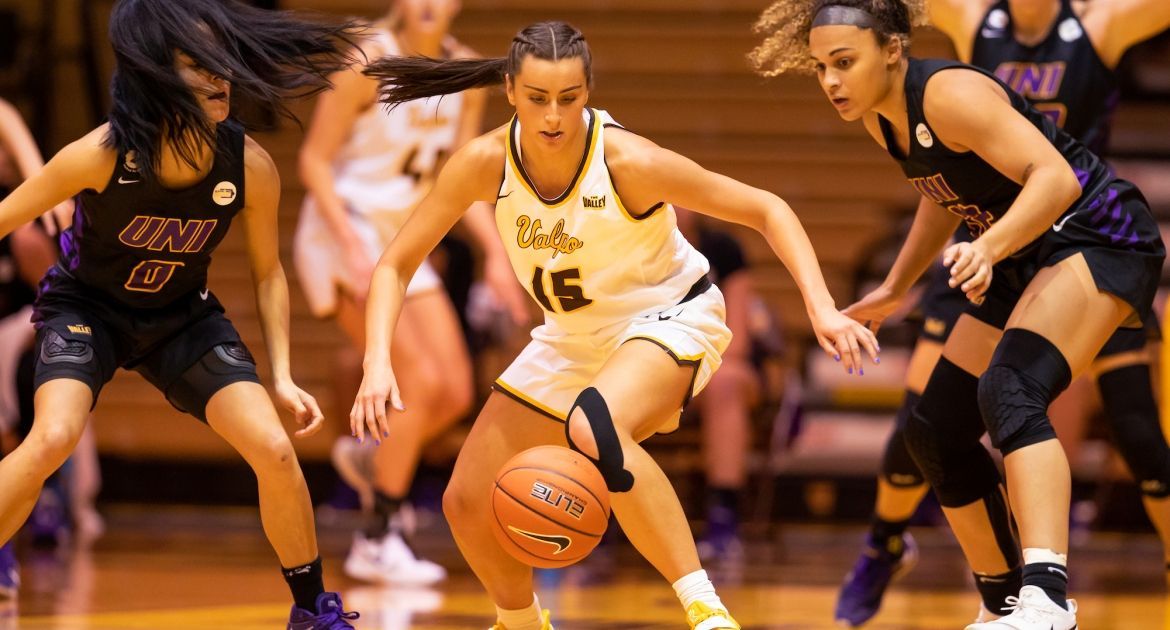 Valpo junior Carie Weinman (Glenview, Ill./Glenbrook South [Denver]) racked up a career-high seven steals Friday — the most by a Valpo player in over seven years — to lead a defensive effort which forced 24 Drake turnovers, but it wouldn’t be enough for the Brown and Gold to top the Bulldogs, as Drake earned a 77-67 victory in Des Moines. Valpo enters the final day of the regular season needing a victory to earn a first-round bye at Hoops in the Heartland.

Valpo (11-11, 7-8 MVC) looks to close the regular season with a win on Saturday afternoon, with tipoff against Drake from Des Moines coming at 3 p.m. The game can be seen live on ESPN3 and heard live on WVUR (95.1 FM, Valparaiso), with links for all the live coverage available at ValpoAthletics.com.