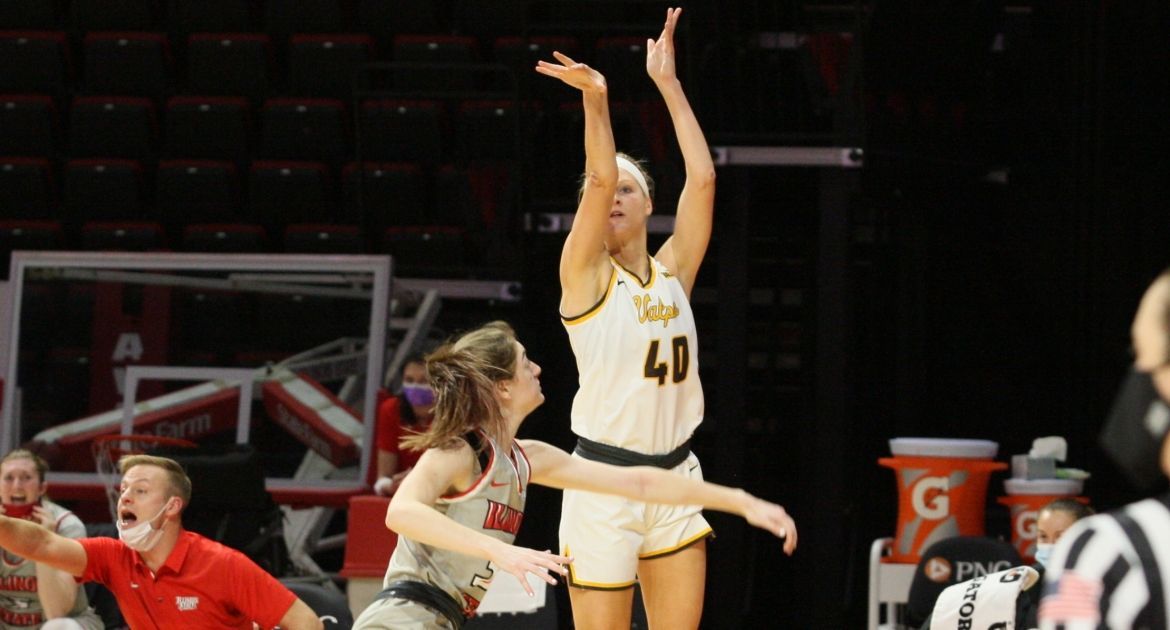 The Valpo women’s basketball team held an eight-point advantage with just over two minutes to play Saturday afternoon in its regular season finale at Drake, but the host Bulldogs ended regulation on a 10-2 run to force overtime and would go on to earn a 71-66 win over the Brown and Gold. The loss means that Valpo will be the seventh seed for Hoops in the Heartland and open the tournament Thursday evening against tenth-seeded Evansville.

Hoops in the Heartland opens for Valpo on Thursday evening at 7:30 p.m. against tenth-seeded Evansville. The game can be seen live on ESPN+.