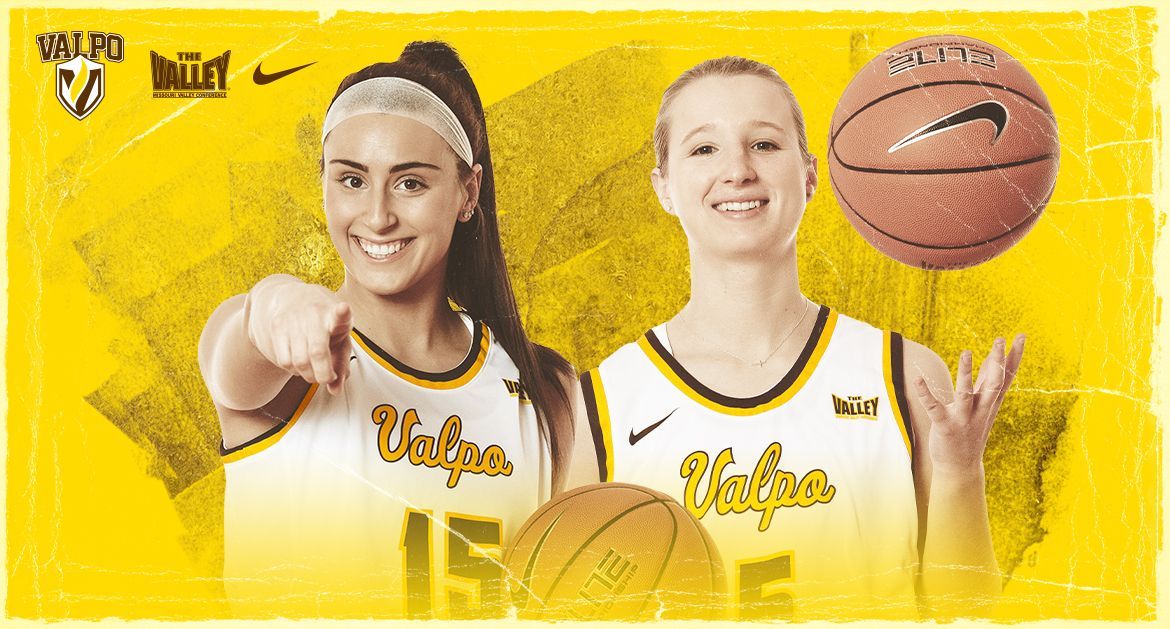 Frederick adds the First Team All-MVC honor to her trophy case after a stellar regular season. The catalyst for Valpo’s offense all season long, Frederick leads the team in both scoring (14.6 ppg) and assists (4.7 apg). She paces the conference in assists and ranks fifth in scoring — the only player in the MVC to rank among the top-five in both categories. She also is among the conference’s top shooters, hitting 2.2 3-pointers/game on .405 shooting, marks which place her third and fifth, respectively.

Frederick has scored in double figures 17 times this season, including seven efforts of 20 or more points, and has led Valpo in scoring 11 times and in assists on 17 occasions. She set a career best of 28 points in Valpo’s win in the opener at Southern Illinois, in the process setting a program single-game record by making six 3-pointers without a miss. Four times this year, Frederick has scored game-tying or go-ahead baskets in the final seconds of regulation.

Weinman picked up a pair of accolades Wednesday, earning Honorable Mention All-MVC honors and a spot on the All-Defensive Team after a strong season on both sides of the ball. Defensively, Weinman is leading the MVC for a second straight season in steals/game — her current average of 2.9/game ranks 17th nationally. Despite the shortened season this year, Weinman has already racked up 66 steals - just six shy of cracking Valpo’s single-season top-10 in the category. Weinman’s offensive production has seen a big increase this season as well, as she ranks ninth in the conference in scoring (13.6 PPG), seventh in 3-pointers/game (1.7) and eighth in 3-point percentage (38.1%).

Frederick and Weinman’s All-Conference honors double the number of All-Conference honorees Valpo had in its first three years in the conference. For Frederick, it is her second award in as many days, as she was named a Scholar-Athlete First Team honoree on Tuesday. Weinman earned a spot on the All-Defensive Team for the second consecutive year.