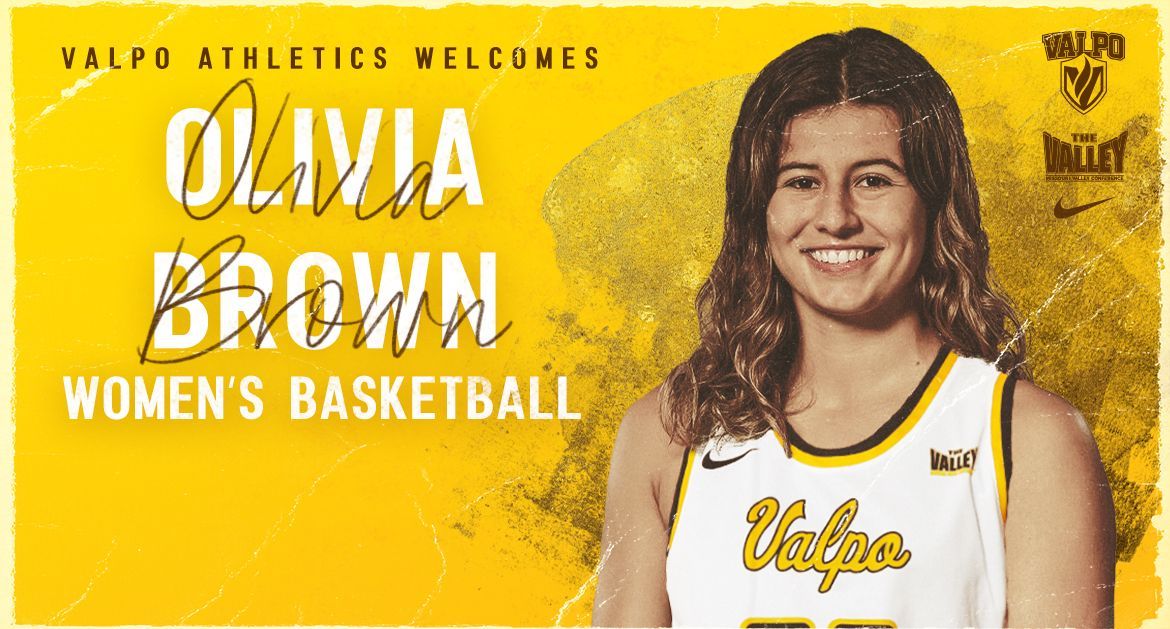 Valpo women’s basketball head coach Mary Evans announced today that Olivia Brown, a 5-8 guard from East Grand Rapids, Mich., has signed with the Valpo program and will suit up for the Brown and Gold beginning with the 2021-22 season. Brown comes to Valpo from St. Bonaventure, where she played two seasons for the Bonnies.

“Olivia is both a tremendous young person and a tremendous basketball player,” Evans said. “She was a player that we targeted coming out of high school and I am excited that she has chosen Valpo to finish her career. Olivia will give us added depth at the wing position and is a gifted shooter who can also guard. A big emphasis in our program is family, and family is really important to her — I am glad that we are able to help her get back closer to her family in Michigan.”

Brown appeared in 51 games in her two years at St. Bonaventure, making 35 starts for the Bonnies. She averaged 7.2 points/game over her two seasons, scored in double figures 12 times and connected at a 36.5% rate from the 3-point line. This past season, Brown averaged 7.2 points per game and hit 39 3-pointers on 38.2% shooting from deep, leading the Bonnies in both 3-pointers and 3-point percentage and ranking eighth in the Atlantic 10 in the latter category.

Brown played her prep basketball at East Grand Rapids H.S. She was a two-time Honorable Mention All-State and four-time All-Conference honoree. Brown helped lead the Pioneers to a 73-17 record over her four seasons, including a district title her junior year.

Brown joins incoming freshmen Lovie Malone and Ella Van Weelden as newcomers who will join the program for the first time in the 2021-22 season, in addition to freshmen Katie Beyer and Molly Sheehan, who enrolled early and joined the program this semester.