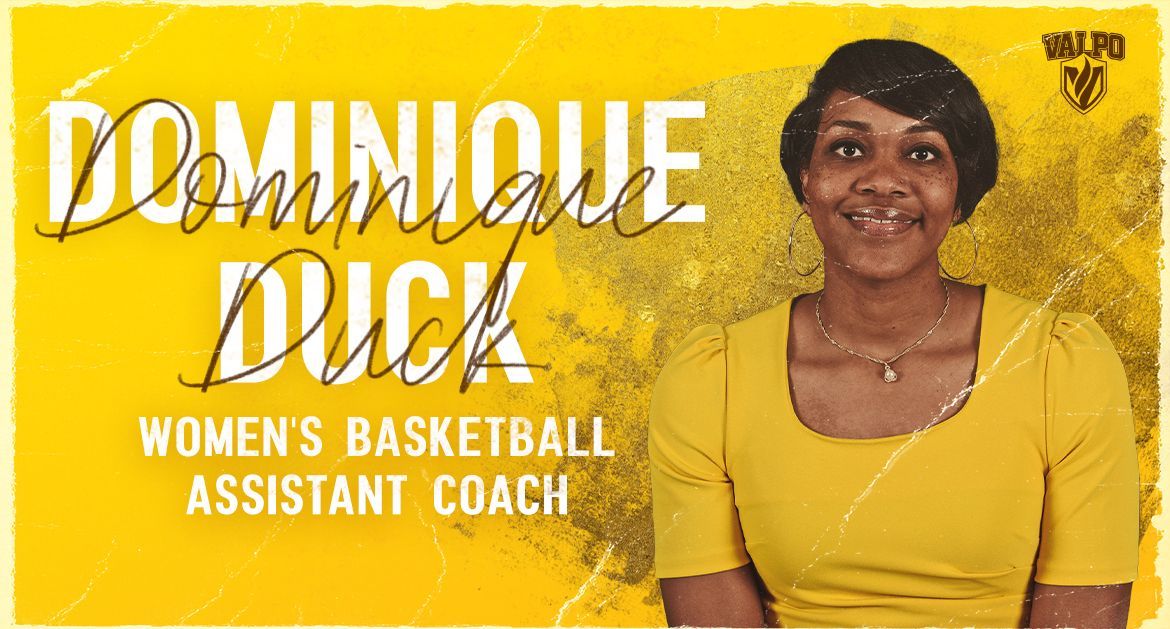 Valpo women’s basketball head coach Mary Evans announced today that Dominique Duck has joined the program as an assistant coach. Duck comes to Valpo after spending the last five seasons on staff at Morehead State, including the last three as associate head coach.

“I am extremely excited to welcome Dominique to our Valpo family,” Evans said. “She brings a wealth of knowledge from her vast experiences at many different levels. From our first conversation, I could tell what an amazing person she is and how important building relationships with our current and future players is to her. I am excited to watch her continued growth as a coach within our program.”

“I am thankful and excited to join Coach Evans and be a part of her staff here at Valpo,” Duck said. “I completely align with the values that she has for the Valpo program and look forward to being a servant leader for the young ladies along their journey. This is a great opportunity and I’m ready to jump in and get started!”

Duck joined the Morehead State coaching staff prior to the 2016-17 campaign and spent two seasons as an assistant coach before being promoted to associate head coach entering the 2018-19 season. In her time on staff, the Eagles posted a trio of 20-win seasons — the first time in program history MSU won 20 or more games in three consecutive seasons. Included in that stretch was a 24-win campaign in 2018-19, the program’s watermark in the modern era.

Prior to her tenure at Morehead State, Duck spent the 2015-16 season as an assistant coach at Chowan, helping the Hawks to a 20-9 record — the first 20-win season in program history. The Hawks advanced to the semifinals of the CIAA Tournament and earned a spot in the NCAA Atlantic/East Regional.

From 2011 through 2015, Duck gained experience as an AAU head coach and as a high school assistant coach. Her first coaching stop out of college came as a graduate assistant at Slippery Rock for the 2010-11 season.

A 2010 graduate of Western Kentucky University, Duck was a standout on the hardwood for the Lady Toppers. She scored 1,344 points in her time in the WKU uniform and ranks second in program history in career games played and ninth in blocked shots. A two-time All-Sun Belt honoree, Duck was named the Most Outstanding Player of the 2008 Sun Belt Tournament. In 2013, Duck was one of 10 Lady Topper alums named to the All-Diddle Arena Team, honoring the best WKU players in the 50-year history of the arena.