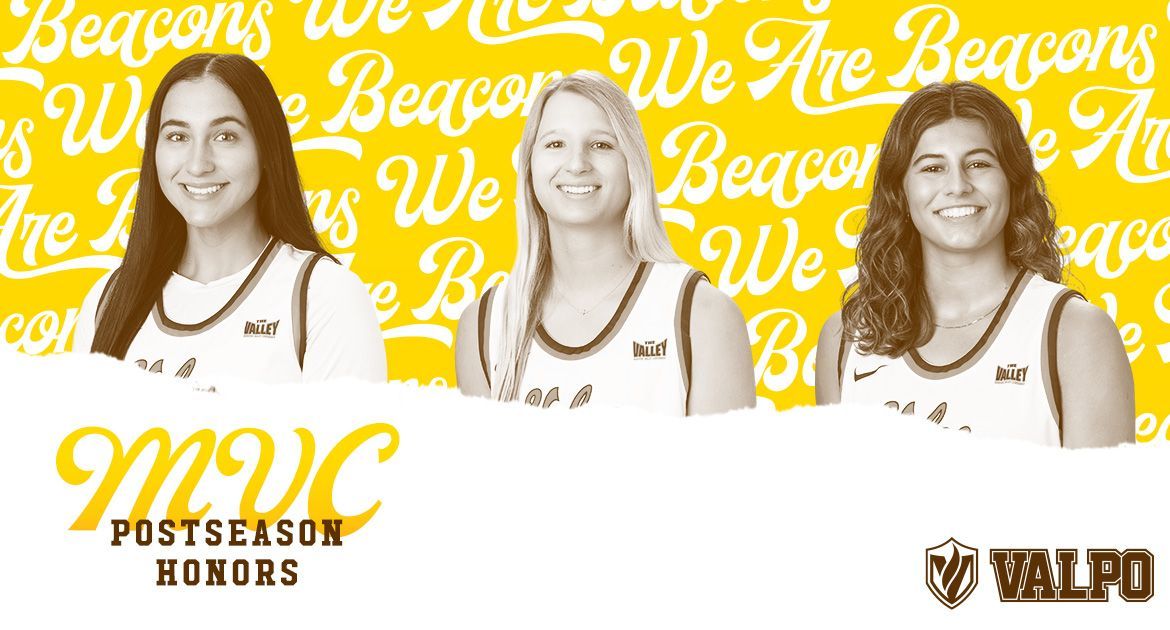 Frederick picks up First Team All-MVC honors for a second straight year as she currently leads the Valley in assists with 4.9/game, on pace to lead the conference in the category for a second straight season. She paced Valpo in scoring both overall (12.1 points/game) and in MVC-only play (12.7 points/game). Beyond leading the Valley in assists, she also ranks second in the conference in free throw percentage, third in assist/turnover ratio and eighth in 3-pointers/game.

Brown made a big impact on the Beacons in her first season with the program, earning a spot on the All-Newcomer Team. Joining the starting lineup at the start of MVC play, Brown averaged 9.5 points/game on 51.6% shooting from the field in the 18 conference games, scoring in double figures on six occasions. She ranked second in the Valley in 3-point percentage in conference-only play, fourth in field goal percentage and ninth in 3-pointers/game.

White received All-Defensive Team recognition for her work both on the perimeter and near the basket on the defensive end. She has racked up 65 total steals on the year, just outside the program’s single-season top-10 chart. With 2.2 steals/game, White currently leads the MVC, aiming to have a Valpo player lead the Valley in steals for a third straight season. She also ranks among the top-15 in the conference in blocked shots as well.

Frederick is the first Valpo player to earn All-MVC accolades multiple times since Valpo joined the Valley, and is the first player since Tamra Braun (2004-05; 2005-06, Mid-Continent Conference) to twice be named a First Team All-Conference honoree. Brown is Valpo’s first All-Newcomer Team selection in the MVC, while White gives Valpo a representative on the All-Defensive Team for a third straight season.

The conference’s specialty awards will be unveiled Thursday evening between the first two games of Hoops in the Heartland.