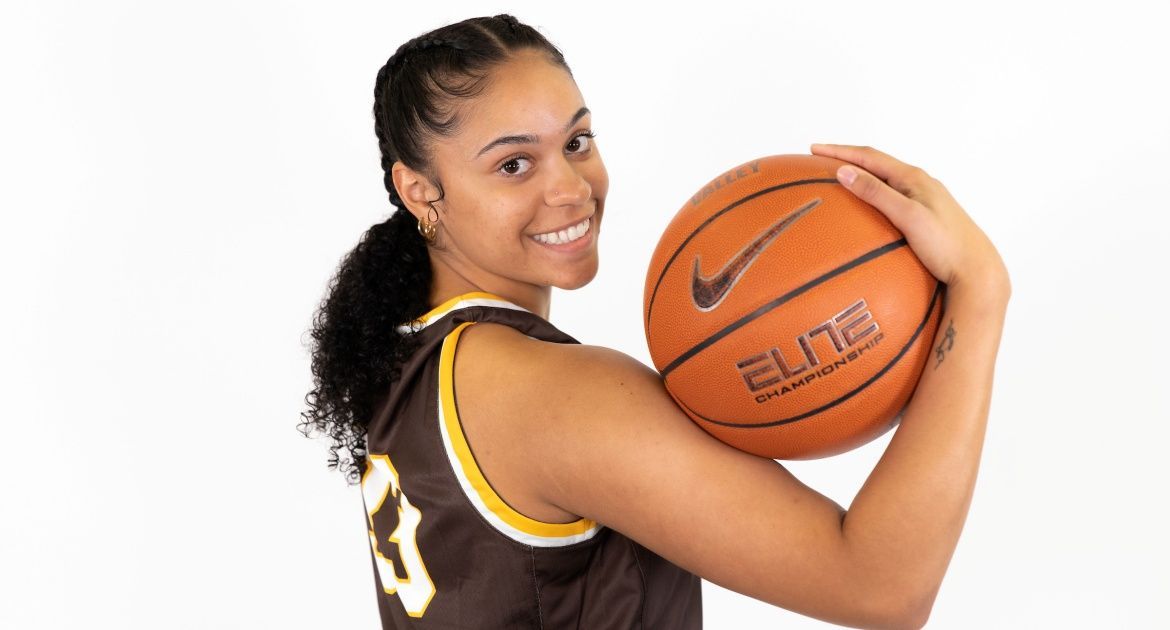 Next Up in Valpo Basketball: As the calendar turns to December, the Valpo women’s basketball team returns home to the ARC for its final two nonconference home games of the season, starting on Friday evening as the Beacons host Bowling Green. It will be Daughters Night, with all daughters receiving free admission and a free t-shirt, while parents/guardians can buy tickets for just $5 apiece.

Head Coach Mary Evans: Mary Evans is in her fifth year at the helm of the program in 2022-23 and owns a record of 50-71. Evans has made an impact on the program in her first four years, raising the team’s level of play to be competitive in a strong Missouri Valley Conference. Evans’ preferred style of play has been a big part of the program’s turnaround, as Valpo has led the MVC in 3-pointers made per game in each of the last three seasons and in steals per game in two of the last three years.

Series Notes: Friday is the 10th meeting all-time between Valpo and Bowling Green, and this will be the sixth consecutive season the two programs have met on the hardwood. BGSU owns a 7-2 advantage in the all-time series, but the teams have split four matchups on Valpo’s home floor at the ARC. Last season’s December matchup at BGSU went the way of the Falcons - Valpo rallied from a 17-point second-half deficit to get to within one point, but was unable to get over the hump and Bowling Green pulled away for a 69-53 win. Carie Weinman paced the Beacons with 15 points, while Grace White notched 12 points and nine rebounds.

...at Northwestern
- Valpo was within 10-8 at the first quarter media timeout, but the Wildcats outscored the Beacons 12-2 over the final four minutes of the period to lead 22-10 at the end of one.
- Northwestern extended its lead to 45-22 at intermission.
- The Wildcats scored the first three points of the third quarter, but Valpo came back and outscored Northwestern 16-8 the remainder of the period to close to within 56-38 with 10 minutes to play.
- Northwestern scored the first six points of the final period to keep the Beacons from continuing their rally.
- Valpo was limited to a season-worst 24.6% shooting from the field and committed a season-high 28 turnovers.
- The Beacons did force 17 Northwestern turnovers — 10 of which were steals, led by three from Ilysse Pitts — but were outscored 27-3 in points off turnovers.
- Leah Earnest was the only Valpo player to score in double figures Sunday, tallying 13 points on 5-of-7 shooting.

...versus UAB
- Valpo led throughout the second half until UAB got a basket with 33 seconds to play from Denim DeShields to tie the score at 66-66.
- Valpo ran the shot clock down on its possession and then turned to junior Leah Earnest, who deftly finished at the rim with 7.3 seconds to go to restore the two-point Beacon lead. But UAB called a timeout, advancing the ball, and got a layup of its own by Maria Roters with 2.8 seconds to play to send the game to overtime tied at 68.
- The start of overtime was all UAB, as the Blazers scored 10 points over their first five possessions to lead 78-71.
- Ali Saunders remained aggressive, driving to the rim on Valpo’s next trip to make it a five-point game. Then, following a UAB miss, Earnest was able to finish inside to cut the Blazer lead to 78-75 with 1:31 to go in overtime.
- A baseline jumper with just over a minute to play restored the Blazers’ five-point edge before Saunders scored a third-chance bucket to move Valpo within three.
- UAB missed two free throws on its next trip, followed by another inside basket by Saunders, and then split a pair with 17 seconds to go to give the Beacons the ball in a two-point game, setting the stage for the final 10 seconds.
- Saunders again finished with just over eight seconds to play to tie the game, but UAB rushed the ball up the court and Roters scored with 3.3 seconds remaining for the game-winning points.
- Saunders scored 32 points on 12-of-18 shooting from the field, setting a Valpo freshman record for points in a game.
- Earnest scored 13 points and led all players with 13 rebounds, while Olivia Sims matched her career best with 12 points.
- Valpo out-shot UAB on the evening, 47.5%-43.5%, but the Beacons hit just 6-of-21 from 3-point range.
- Valpo did out-rebound its opponent for the first time this year, besting the Blazers on the glass by a 44-36 margin, and out-scored UAB in the paint, 46-42.

...looking ahead
- Valpo remains at home next time out, as the Beacons host Western Michigan next Wednesday, Dec. 7.
- Valpo’s final game before a break for final exams will be a road test at Western Illinois Dec. 9.

...at the ARC
- Friday’s game is the fourth of 15 home games this season for Valpo, five of which will be nonconference games.
- The Beacons are 1-2 at home so far this year and went 6-7 in home games last season.

@BGSUwbb
- Bowling Green enters Friday’s game with a sparkling 5-1 record to date this year, the lone setback coming against a top-10 Indiana squad.
- The Falcons set a defensive record last time out as they routed Detroit Mercy, 76-29 - the first time in program history they held a D-I opponent to fewer than 30 points.
- Bowling Green is led by Elissa Brett, who’s averaging team highs of 14.8 points and 5.8 rebounds per game.
- BGSU was picked to finish third in the MAC preseason poll, while Lexi Fleming and Kadie Hempfling represented the Falcons on the preseason All-MAC Second Team.

Familiar With MACtion
- MAC programs have become standard on Valpo’s nonconference schedule under head coach Mary Evans, who came to Valpo from a MAC program - Ohio.
- This year’s team will play three MAC teams in early-season action. The Beacons already won at Central Michigan and host Bowling Green and Western Michigan over the next few days.
- In Evans’ five years at the helm of the Valpo program, the team has faced MAC opposition 15 times in nonconference play.
- Bowling Green is an especially familiar foe, as the two teams have matched up in all five of Evans’ seasons. The Falcons are the only program Valpo has played in nonconference each of the last five years.

Hitting the Glass
- Valpo has put together a pair of strong performances on the glass over its last two games.
- The Beacons outrebounded UAB in their last home game by eight (44-36 - the program’s best rebounding margin since a +10 at Evansville last season.
- Valpo then nearly matched Northwestern on the boards last time out, trailing by just two rebounds (41-39) against a Wildcats team which was +32 on the boards in their previous game.
- While the season is still young, the cumulative numbers so far this year are encouraging. Valpo currently sits at a -2.6 rebounding margin, which would be over six boards better than the program’s best under Evans.
- The Beacons are also averaging 10 offensive rebounds per game - their best performance in that category the last four years was 7.9/game in 2018-19.
- Leading the way on the glass has been junior Leah Earnest, with three double-figure rebounding performances and a 10.0 rebounds/game average to top the MVC and rank among the top-30 nationally.
- Earnest now owns the top-two individual rebounding efforts in head coach Mary Evans’ tenure with 14 against EIU and 13 against UAB.
- Earnest is the first Valpo player to secure at least 27 combined rebounds in consecutive games since Amber Lindfors grabbed 17 boards against Northern Kentucky and 12 against Oakland in February 2017.

A New Rookie Standard
- Freshman Ali Saunders set a new mark for Valpo rookies as she scored 32 points against UAB.
- The previous freshman record is unknown, but there have now been 16 games in program history a Valpo player has scored 32 or more points, and none of the previous 15 came from a rookie.
- As of Tuesday, Saunders is one of only four D-I freshmen to score 32 or more points in a game this season, joining Minnesota’s Mara Braun, Florida State’s Ta’Niya Latson and Northern Colorado’s Gabi Fields.
- Saunders posted the highest-scoring game by any Valpo player since Dani Franklin dropped 33 points against Eastern Illinois on Dec. 3, 2016.
- Saunders was in double figures in each of the first four games of her career - the first Valpo freshman since Franklin in 2014-15 to do so.

Doubling Up
- Earnest has also been consistently on the scoresheet, going for a career-best 20 points at CMU, 12 points against Southern Miss, 11 points versus Eastern Illinois, 13 points against UAB and a team-high 13 points at Northwestern.
- She has been impressively prolific inside the arc, hitting 72.4% (21-of-29) from 2-point range - among the top-40 nationally.
- Combining her scoring and rebounding, Earnest has registered three double-doubles after recording just two combined in her first two seasons.
- Earnest is the first player in program history to tally three double-doubles in the first four games of a season.
- Earnest already has as many double-doubles this season as the entire Valpo team did last season - in fact, Valpo has not tallied more than three double-doubles as a team in any of the last three years.

Coming Up With Steals
- Valpo posted a season-high 10 steals last time out against Northwestern, as six different players tallied at least one theft - led by three from Ilysse Pitts.
- The Beacons reached double digits in steals on five occasions last year, including a pair of 14-steal efforts.