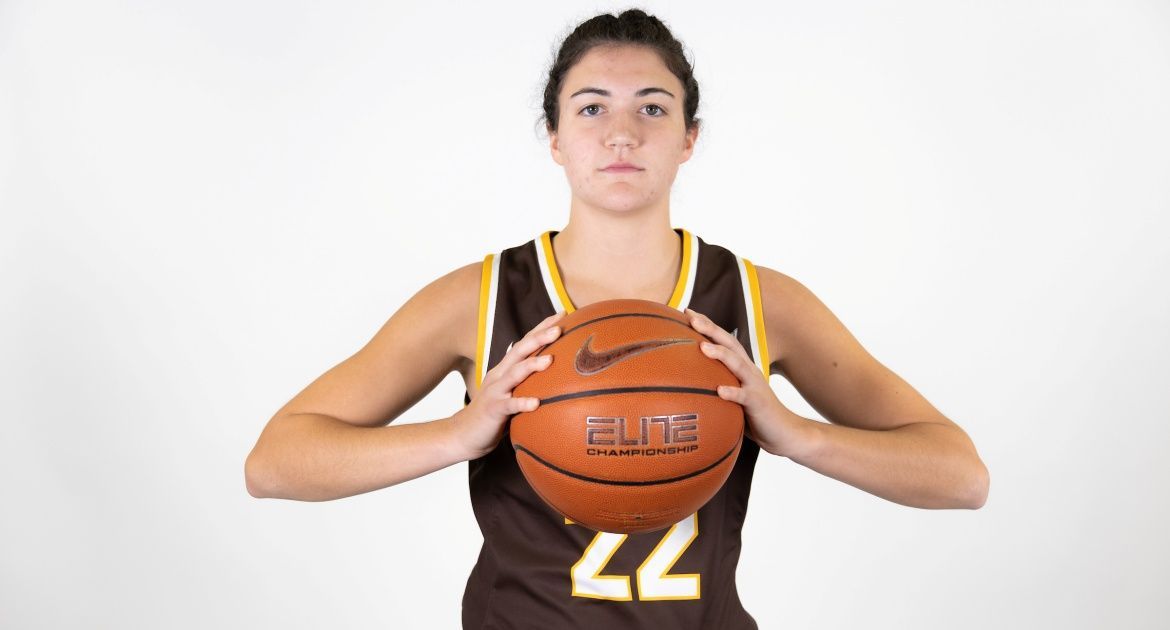 Next Up in Valpo Basketball: The Valpo women’s basketball team takes the court for the final time before the break for final exams on Friday evening at former conference rival Western Illinois. For the Beacons, it is their first overnight road trip since the season’s opening game.

Previously: Valpo battled back after falling behind with a tough offensive start to Wednesday night’s game at the ARC against visiting Western Michigan, but the Beacons were unable to complete a comeback, falling to the Broncos by a 68-62 final. Olivia Brown paced Valpo with 20 points, while Ilysse Pitts set a career best with 11 points.

Head Coach Mary Evans: Mary Evans is in her fifth year at the helm of the program in 2022-23 and owns a record of 50-73. Evans has made an impact on the program in her first four years, raising the team’s level of play to be competitive in a strong Missouri Valley Conference. Evans’ preferred style of play has been a big part of the program’s turnaround, as Valpo has led the MVC in 3-pointers made per game in each of the last three seasons and in steals per game in two of the last three years.

Series Notes: Longtime rivals in the Mid-Continent Conference, Valpo and Western Illinois are facing off for just the third time since Valpo left the Mid-Con following the 2006-07 campaign. Valpo holds a slim 19-17 advantage in the all-time series, but the Leathernecks own an 11-6 lead in the series at Western Hall. The last meeting between the two squads came in Macomb on Nov. 27, 2012, a 69-55 Western Illinois win.

...versus Western Michigan
- Valpo scored just one basket in the game’s first seven minutes, allowing the Broncos to lead by as many as 10 points in the opening quarter.
- WMU led 20-11 at the end of one period and 34-25 at halftime.
- The Broncos were up 46-33 halfway through the third period before a 8-0 Valpo run brought the Beacons within five.
- WMU scored the final seven points of the quarter, however, to extend back out to a 12-point lead with 10 minutes to play.
- Western Michigan led by as many as 15 points in the fourth quarter and held a 60-47 lead to 5:30 to play. The Beacons’ defense stepped up, however, forcing five straight empty possessions from the Broncos over a span of nearly five minutes.
- On the offensive end, Olivia Brown drilled a 3-pointer and Leah Earnest had drives and finishes on back-to-back trips to bring Valpo within 60-54 with 3:10 to play. But with an opportunity to climb even closer, the Beacons committed turnovers on their next three possessions — the last a charge call which wiped out a potential and-1 opportunity with 85 seconds to play — and would get no closer the rest of the way.
- Brown led the way for Valpo offensively, finishing with 20 points on 7-of-10 shooting — including 4-of-5 from 3-point range. The senior, who also grabbed five rebounds, tallied at least 20 points for the fourth time in a Valpo uniform.
- Earnest extended her streak of double-figure scoring games to open the season to seven straight with 12 points on Wednesday while pulling down a team-high seven rebounds as well.
- Pitts posted a career high in the scoring column as she hit 5-of-9 from the floor for 11 points.
- Valpo hit at a 50% clip from the field (24-of-48) on Wednesday and was 5-of-13 (38.5%) from 3-point range. Both percentages were the team’s second-best marks of the season.
- Meanwhile, the Beacons held WMU to 36.1% shooting (22-of-61) and just 4-of-24 (16.7%) from 3-point range, both of which were the second-lowest by a Valpo opponent this season.
- The Broncos secured 21 offensive rebounds to just nine offensive boards for Valpo, while WMU also held a +7 edge in turnover margin (22-15).

...versus Bowling Green
- The Falcons started 11-of-12 from the field over the opening eight minutes, a stretch which included five 3-pointers and a 3-point play.
- Bowling Green led 30-11 at the end of the opening period, 50-24 at halftime and 76-42 with 10 minutes to play. Valpo outscored the Falcons 19-16 in the fourth quarter.
- Freshman Ali Saunders tied for game-high honors with 16 points, hitting 5-of-7 from the floor — including two 3-pointers — and a perfect 4-of-4 from the foul line. She also set a season high with five assists.
- The Beacons hit at a 47.8% clip (22-for-46) from the field and were above 50% from the floor until the fourth quarter. Valpo also set a season high for 3-pointers, making 11 triples on 37.9% shooting from deep.
- Bowling Green was the first Valpo opponent since Bradley in February 2020 to top 90 points in a game. The Falcons shot 55.4% (31-for-56) from the field and 58.3% (14-for-24) from 3-point range — the most triples surrendered by Valpo in a single game since December 2016.
- The turnover battle was a tale of two halves. Valpo committed 14 first-half turnovers to BGSU’s three and was outscored 17-0 in points off turnovers in the first 20 minutes, but turned it around in the second half with a 10-3 advantage in turnover margin and a 10-2 edge in points off turnovers.

...looking ahead
- After 13 days away from action, the Beacons return to competition Dec. 22 at Wisconsin to close nonconference play.
- Valpo opens the MVC schedule Dec. 30 at Belmont and Jan. 1 at Murray State.

...on the road
- Friday’s game is the third of 14 true road games for Valpo this season, four of which will come in nonconference play.
- The Beacons have won at Central Michigan and lost at Northwestern in their first two games of the season. They were 5-11 in true road games last season.

@WIUWBB
- Western Illinois enters Friday’s game with a 2-6 overall record this season, most recently falling on Wednesday at Southeast Missouri State, 63-55.
- The Leathernecks’ scoring leader is Jada Thorpe, who is averaging 10.6 points/game but is shooting just 28.4% from the floor.
- WIU finished 14-15 in the 2021-22 season and was picked to finish in seventh place in the Summit League preseason poll. Graduate student Elizabeth Lutz was a preseason Second Team All-Summit selection.

Hitting From Deep
- Valpo connected on a season-high 11 3-pointers against Bowling Green and hit at a 37.9% clip from deep after shooting below 30% from downtown each of its last two games.
- Eight different players combined for the 11 triples against BGSU, led by three from Leah Earnest, who matched her career best for 3-pointers made in a game for the second straight contest.
- The Beacons followed that effort up by shooting 38.5% from 3-point range against Western Michigan, but did so on just 13 attempts (5-of-13) - the team’s fewest 3-point tries since going 4-of-12 from deep last year on Dec. 19 at Morehead State.

Pitts Brings the Offense
- Fifth-year point guard Ilysse Pitts has taken on more of a scoring role offensively as she’s slotted into the starting lineup this year.
- After scoring in double figures just twice in her first four years at Valpo, Pitts has scored double digits twice already this season and set a new career best last time out against Western Michigan with 11 points.
- Pitts, who came into the season averaging 2.6 points/game for her career, is averaging 6.7 points/game this year on 51.5% shooting from the field.

Long Break Upcoming
- Following Friday’s game, the Beacons will have their longest break between games of the season, as they will not take the court again until Dec. 22 at Wisconsin - a 13-day span between games.
- After that contest, Valpo will have another eight days until playing again Dec. 30 at Belmont, meaning that the game against the Badgers will be the lone game for the Beacons over a stretch over 20 days.

Happy Trails Until 2023
- Despite being within the first week of December, Wednesday’s home game was the Beacons’ last at the ARC in the 2022 calendar year.
- Valpo will not play another home game after Wednesday until welcoming Evansville to town on Thursday, Jan. 5, 2023.
- The Beacons will play their final two nonconference games (at Western Illinois and Wisconsin) and their first two MVC games (at Belmont and Murray State) in between these two home games.
- The 29 days between home games is the longest stretch between regular season home games for Valpo since the 1999-2000 team went 35 days between playing Eastern Michigan at the ARC on Dec. 9 and Oakland at home on Jan. 13.

Earnest Crashes the Boards
- Leading the way on the glass in the MVC this season has been junior Leah Earnest, with three double-figure rebounding performances and a 8.9 rebounds/game average to top the conference and rank among the top-60 nationally.
- Earnest now owns the top-two individual rebounding efforts in head coach Mary Evans’ tenure with 14 against EIU and 13 against UAB.
- Earnest is the first Valpo player to secure at least 27 combined rebounds in consecutive games since Amber Lindfors grabbed 17 boards against Northern Kentucky and 12 against Oakland in February 2017.
- Earnest has also been consistently on the scoresheet, scoring in double figures in each of Valpo’s first seven games of the season.
- Combining her scoring and rebounding, Earnest has registered three double-doubles after recording just two combined in her first two seasons.
- Earnest is the first player in program history to tally three double-doubles in the first four games of a season.
- Earnest already has as many double-doubles this season as the entire Valpo team did last season - in fact, Valpo has not tallied more than three double-doubles as a team in any of the last three years.

A New Rookie Standard
- Freshman Ali Saunders set a new mark for Valpo rookies as she scored 32 points against UAB.
- The previous freshman record is unknown, but there have now been 16 games in program history a Valpo player has scored 32 or more points, and none of the previous 15 came from a rookie.
- As of Monday, Saunders is one of only five D-I freshmen to score 32 or more points in a game this season, joining Minnesota’s Mara Braun, Florida State’s Ta’Niya Latson and Northern Colorado’s Gabi Fields.
- Saunders posted the highest-scoring game by any Valpo player since Dani Franklin dropped 33 points against Eastern Illinois on Dec. 3, 2016.
- Saunders was in double figures in the scoring column in each of the first four games of her collegiate career - the first Valpo freshman since Franklin in 2014-15 to do so.