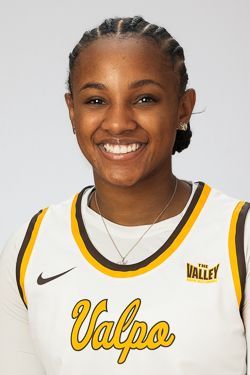 2020-21: Enrolled mid-year and became eligible at the start of MVC play ... appeared in 18 games off the bench, averaging 3.1 points and 1.5 rebounds per game in 14.6 minutes/game of action ... debuted Jan. 7 in win over UNI ... grabbed three rebounds the next night against the Panthers ... hit pair of 3-pointers in eight-point effort at Illinois State Jan. 14 ... scored eight points the next night as well, including a 2-for-3 mark from deep, in win over the Redbirds ... pulled down three offensive rebounds Jan. 31 against #RV/25 Missouri State ... scored six points in back-to-back games Feb. 5 against Bradley and Feb. 19 versus Evansville ... scored season-high nine points in win over the Purple Aces Feb. 20, including two 3-pointers, while also matching season high with three rebounds and handing out a pair of assists.

Loyola: Played one and a half seasons for the Ramblers ... appeared in 26 games off the bench as a freshman in 2018-19 ... averaged 4.2 points and 2.3 rebounds in 13.5 minutes per game of action ... scored in double figures three times in the season’s final four games, including back-to-back 13-point efforts in the MVC Tournament ... averaged 2.2 points and 2.1 rebounds per game in 10 appearances in 2019-20 ... scored six points apiece in wins over Chicago State and Bowling Green.

Prep: A three-year starter for the Warriors ... earned First Team All-League accolades and was an Honorable Mention All-District choice as a junior ... averaged 9.8 points and 3.9 rebounds per game that year while connecting at a 40% clip from the 3-point line ... helped Wayne to back-to-back undefeated conference campaigns and a 25-2 overall record as a sophomore ... posted 9.5 points, 5.5 rebounds and 3.9 assists per game as a sophomore, earning Second Team All-League accolades ... on the travel circuit, named an All-Star at the 2017 U.S. Junior Nationals while playing for Team Championship Behavior.

Personal: Daughter of Andrea and Brian Dunson ... graduated from Loyola with a bachelor's degree in biology in December 2020, studying on the pre-med track with a focus on oncology ... was a member of the Dean’s List throughout her time at Loyola and received the St. Peter Faber Scholar Award in 2019 ... is pursuing a master’s degree in public health through Valpo’s College of Nursing and Health Professions.