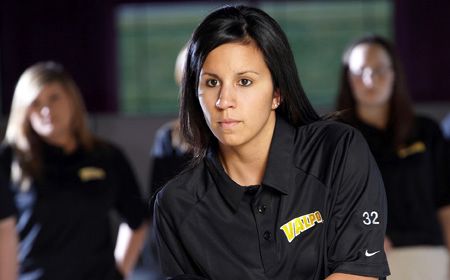 The #12 Valparaiso bowling team went 2-1 on the final day of competition at the Mid-Winter Classic in Cabot, Ark. and finished with 11,446 total pins to finish sixth in the competitive 14-team field.

”I was very pleased with our finish today,” said Crusader head coach Stephen Anthony.  “We missed some opportunities in our first match, but I was pleased with how we responded, especially by posting five games over 200 in the final two matches.  Finishing sixth in such a strong field is a solid accomplishment.  Certainly the team believes there is room for improvement, but I felt we played well over the three days and continue to build on each tournament.”

Valparaiso opened Sunday’s action, contested in the four-game baker format, with a matchup against #20 Morgan State, but despite leading by 40 pins after three games fell 684-660.  The Crusaders easily rebounded in their next outing, romping over Mississippi Valley State by a 786-513 count.

Valpo’s next match was a bye due to a team pulling out from the tournament, but the Crusaders did not let that affect their momentum, putting together their best match of the tournament to date with an 802 score over the four games.  The Crusaders then closed out action at the top of their game, gaining a measure of revenge over the Lady Bears for the defeat in the day’s opener by posting three straight 200+ games en route to an 818-754 victory over MSU.

Valparaiso (35-26) takes next weekend off before returning to the lanes on Friday, January 29 at the KU Golden Bears Invitational in Reading, Pa.