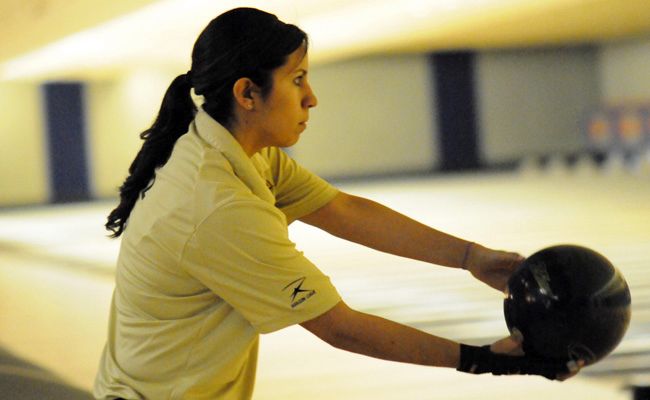 The #18 Valparaiso bowling team gave Matt Nantais an undefeated day on his first day of competition as head coach, going a perfect 5-0 at the Greater Ozark Invitational in Springfield, Mo. on Friday, including three wins over teams ranked among the nation's top-seven.

The Crusaders started the first day of action, which was contested in the five-game baker format, with a 923-810 victory over Louisiana Tech, and then downed their first ranked opponent of the day, defeating #6 Arkansas State with ease by a 984-882 score. Valpo's 196.8 average in the five games against the Red Wolves was the Crusaders' best per-game average in a five-game baker match in program history.

But then Valpo surpassed that mark in the very next contest, downing #7 Sam Houston State by a 1001-867 score in a match that saw Crusader anchor bowler Natalie Cortese (Hoffman Estates, Ill./Hoffman Estates [Central Missouri]) roll strikes on 18 of her 19 first balls. The Crusaders then defeated host #4 Central Missouri by a 937-871 score before completing the perfect day with an 853-838 win over Elmhurst.

“We started out slow the first match, and I feel the girls were a little nervous being the first tournament of the year,” said Nantais. “After we won that match, we cruised all the way to the day's last match. We were down 50 pins going into the last game of the day against Elmhurst, but bowled well in the final game to win by 65 and win the match.”

Valparaiso (5-0) was the only team in the eight-team field to go undefeated on the first day of competition. The Crusaders currently rank second in the standings, based on total pinfall, with a pinfall of 4,698, just 34 pins behind Arkansas State. Action continues Saturday beginning at 11:45 a.m. with traditional matches.