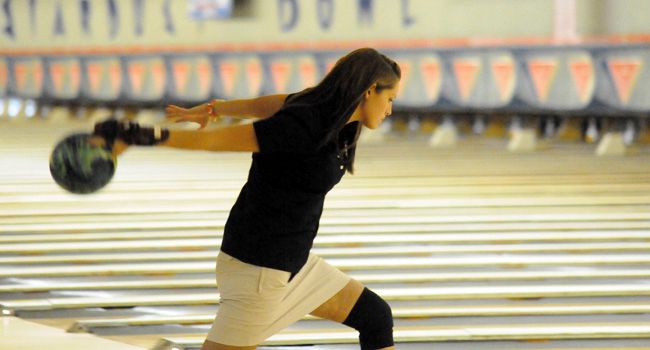 #1 Valparaiso went a perfect 5-0 on the second day of competition at the Big Red Invitational in Lincoln, Neb. on Friday and enters the final day of action in fifth place out of 12 competing squads.

“I'm happy we were able to go 5-0 today,” said Crusader head coach Matt Nantais. “We had the former president of Valparaiso University, Dr. Alan Harre, out supporting us today, and he got to see some pretty good matches. Anytime you can go undefeated on a single day is good.”

Valpo then downed Bethune-Cookman in its second match of the day by a 941-901 count, led by a 219 from Cortese and a 202 from Galka. Galka paced the Crusaders for the second time in their first three matches with a 226 against #14 Monmouth, while Cortese also bowled a 224 in a 921-842 win for Valpo.

Trailing by two pins entering the tenth frame against #8 Arkansas State, Valpo made big shots when it needed to in the final frame to come out with a 1031-981 victory. The Crusaders' second-best effort in a traditional match this season was highlighted by a 238 from senior Amanda Cortese (Hoffman Estates, Ill./Hoffman Estates [Central Missouri]), a 224 from Natalie Cortese and a 222 by Galka. Valpo went right down to the wire in its final match as well to end Friday undefeated, downing Elmhurst 920-915 thanks in large part to Johnson's 227.

Valparaiso (46-15) closes out action at the three-day Big Red Invitational on Saturday morning, beginning at 8 a.m.