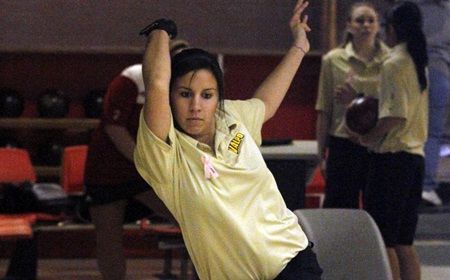 Seeded eighth after the first two days of competition, the Crusaders opened the best-of-seven bracket play on Sunday against the seventh-seeded team, #10 Stephen F. Austin. Valpo had no problem handling the Ladyjacks in the opener, winning the first two games 178-156 and 195-165 before posting impressive efforts of 258 and 223 to complete the sweep.

The Crusaders closed out action from Nashville with a rematch against Stephen F. Austin, but the outcome wouldn't be the same as the opener for Valpo. The Crusaders got out to a 2-1 lead as the squads traded the first two games before a 166-157 decision Valpo's way in game three. But the Ladyjacks easily took the fourth game to even the match, and then the Crusaders dropped a narrow 184-181 decision in game five before eventually falling, 4-2.

Valparaiso (81-37) will now wait to learn its fate and see if it earns its first trip to the NCAA Bowling Championships, as the eight-team field will be revealed at 3 p.m. CDT on Wednesday, March 28 on NCAA.com.