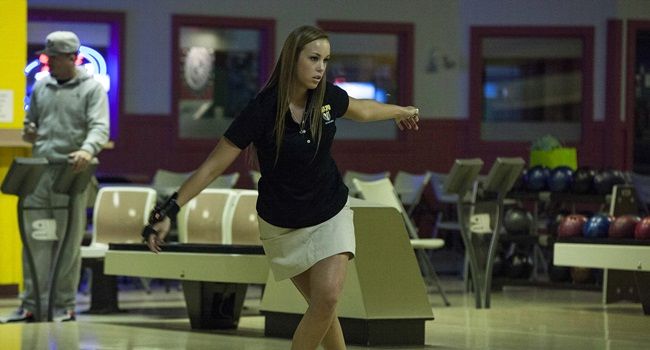 The #15 Valparaiso bowling team remained in seventh place after the second of three days of action at the Prairie View A&M Invitational Saturday in Arlington, Texas, earning wins in two of its five matches.

The Crusaders have racked up a pin count of 7,945 pins through the first two days of the tournament, placing them seventh among the 12 competing teams. Arkansas State leads the team standings with 8,957 pins.

Valpo had a pair of matches on Saturday in which no individual bowler could break 188, falling to #20 Alabama State 853-827 and #6 Nebraska 865-837. In between, the Crusaders downed Louisiana Tech by a 943-890 score, led by a 243 game from freshman Danielle Lynn (Janesville, Wis./Milton) and a 206 from fifth-year senior Ashley Busiel (Elk Grove Village, Ill./James B. Conant [Harper College]).

One day after downing the number-one team in the nation, Valpo also earned a win over the nation's #2 squad, defeating Maryland Eastern Shore 904-871. Freshman Raychel Wolever (Charlotte, Mich./Charlotte) paced the Crusaders in that victory, rolling a 224 game. Valparaiso got a game of 233 from Busiel in the day's finale, but it was not enough to overcome #13 Stephen F. Austin, as the Crusaders fell by a final of 970-942.

Valparaiso (40-45) closes out the Prairie View A&M Invitational with bracket play on Sunday.