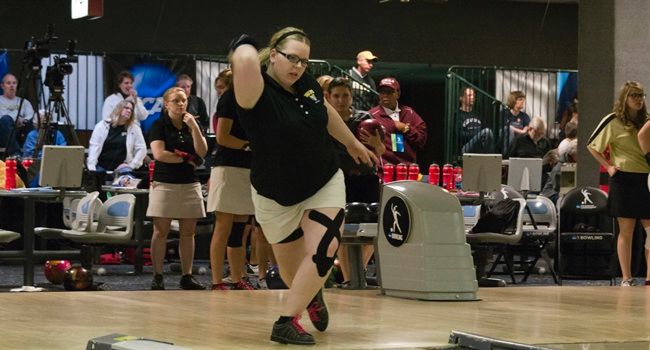 #15 Valparaiso closed the Prairie View A&M Invitational in Arlington, Texas with a bang on Sunday, winning all three of its matches and finishing the tournament with its second win of the weekend over the nation's top-ranked team to finish in fifth place.

The Crusaders entered Sunday's action seeded seventh, but utilized the three victories to move up the bracket into fifth place at the tournament's conclusion. The tournament featured five of the nation's current top-10 teams among the 12-team field.

Valpo opened bracket play, contested in the best-of-seven baker format, against #19 Bethune-Cookman. The two sides traded wins through the first four games, with the Crusaders going ahead 3-2 thanks to a 185-166 win in game five. Bethune-Cookman broke 200 in game six to force the decisive seventh game, but a 169-149 decision in the finale went Valpo's way as the Crusaders opened the day victorious.

The win matched the Crusaders up with #14 Norfolk State in the next round of bracket play, and it looked for a while like Valpo would sweep, as it captured each of the match's first three games, including posting a 200 in the opener. Despite solid efforts of 187 and 184 in games four and five, Norfolk State bettered the Crusaders in each to close within 3-2. But Valpo closed out the victory by edging NSU 192-187 in game six, advancing to the fifth-place match.

The Crusaders' first win of the tournament had come in baker play against #1 Central Missouri on Friday, and their last victory would also come in baker action against the top-ranked team in the country. Valpo opened the match with a narrow one-pin win, 199-198, and then dominated the Jennies in the second game, 213-159. UCM would take game three, but the Crusaders again came out ahead in a one-pin decision, 200-199, in game four to move within one game of the victory. Valpo closed the tournament in stellar fashion, rolling over Central Missouri by a 208-134 in the final game to close out the 4-1 win.

Valparaiso (43-45) takes two weekends off before returning to the lanes at the Holiday Collegiate Classic in Bessemer, Ala. The three-day tournament starts on Friday, Feb. 22.