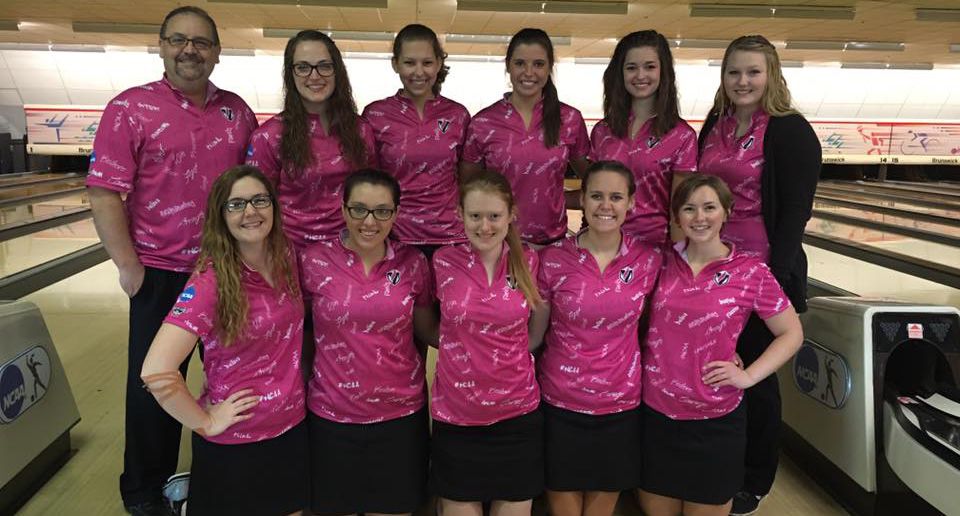 The #15 Valparaiso University bowling team continued action at its home tournament, the Crusader Classic, Saturday at Inman’s in Valparaiso, moving up two spots in the team standings to finish the second day of action in seventh place.

The Crusaders tallied 4,649 pins over Saturday’s five traditional matches to post 9,160 total pins over the first two days of competition, moving up from ninth place to seventh place, just 75 pins out of sixth position. #5 Vanderbilt will enter Sunday’s bracket action with the number one overall seed, edging out #9 McKendree by just six pins over 10 matches.

“Today went pretty well,” said Crusader head coach Matt Nantais. “We threw the ball well on lanes which were a little tighter than they were yesterday. The two matches we lost, we were leading in both – we have to find a way to bowl all 10 frames and finish matches, and when we get a lead, increase that lead instead of being happy with just being ahead.”

Valpo opened action Saturday against #25 Alabama State, and edged out the Hornets in a match which went right down to the wire, 905-899, as junior Alyssa Meade (Chesterfield, Mich./L’Anse Creuse North) led the way with a 213 game. The next match would be close as well, as senior Katherine Sulaitis (St. Charles, Ill./East) posted a 205 and sophomore Aubree Trexler (Arcadia, Ind./Hamilton Heights) rolled a 202, but the Crusaders would come up just short in a 977-964 loss to #9 McKendree.

Valparaiso (10-12) will match up again against Prairie View A&M to start off bracket play on Sunday, as the Crusaders enter as the seventh seed. Valpo can move up as high as fifth place on Sunday.

“We ended up in seventh place for the day, and have the opportunity to move up a few spots tomorrow,” said Nantais. “It’s going to be a tough road up the bracket, but we're ready for the challenge after talking with the team this evening.”