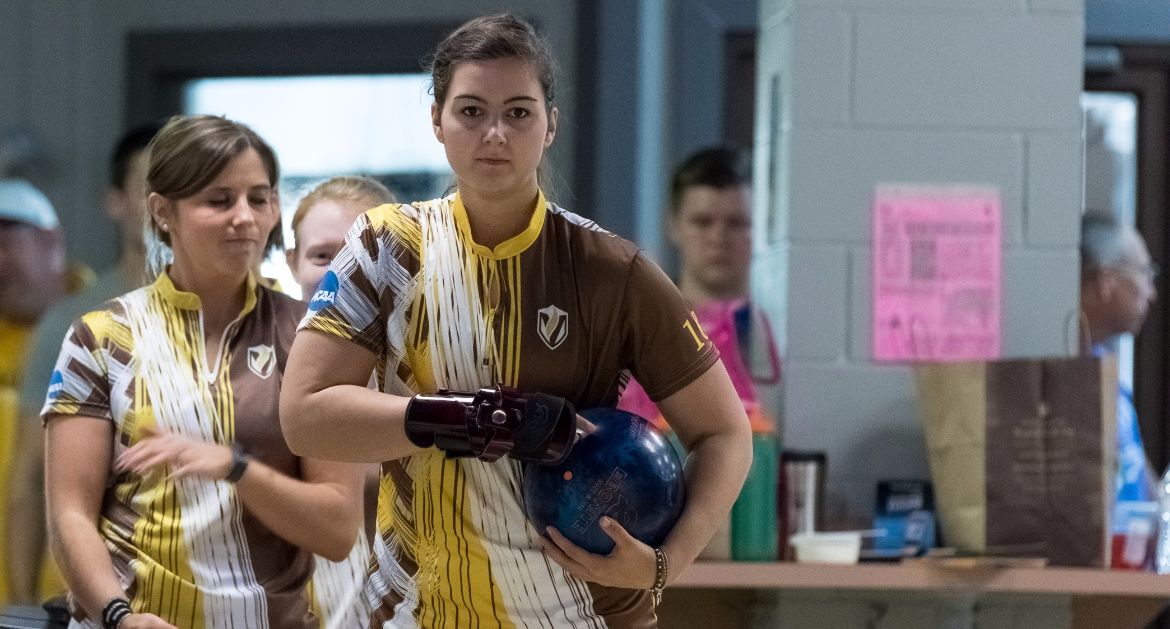 Bowling in her first tournament as a Crusader, Valparaiso University fifth-year senior Olivia Wirtz (Battle Creek, Mich./Harper Creek [Vanderbilt]) was named Tournament MVP on Sunday as Valpo finished in third place on the second of two days of competition in the Crusader Challenge at Inman’s.

“It was another positive day for the team, finishing third on day two and close behind UW-Whitewater for second place. The moment of the day occurred during the fourth game against McKendree. We had a strong 10th frame from all five members of our lineup, which was almost enough for the win and a possible undefeated day, but McKendree’s anchor rolled a clutch strike and spare to put the game away by 11 pins.”

The Crusaders (7-3) head to the FDU New Jersey Jamboree in Elmwood Park, N.J. next weekend. The three-day event begins on Friday, Oct. 28.