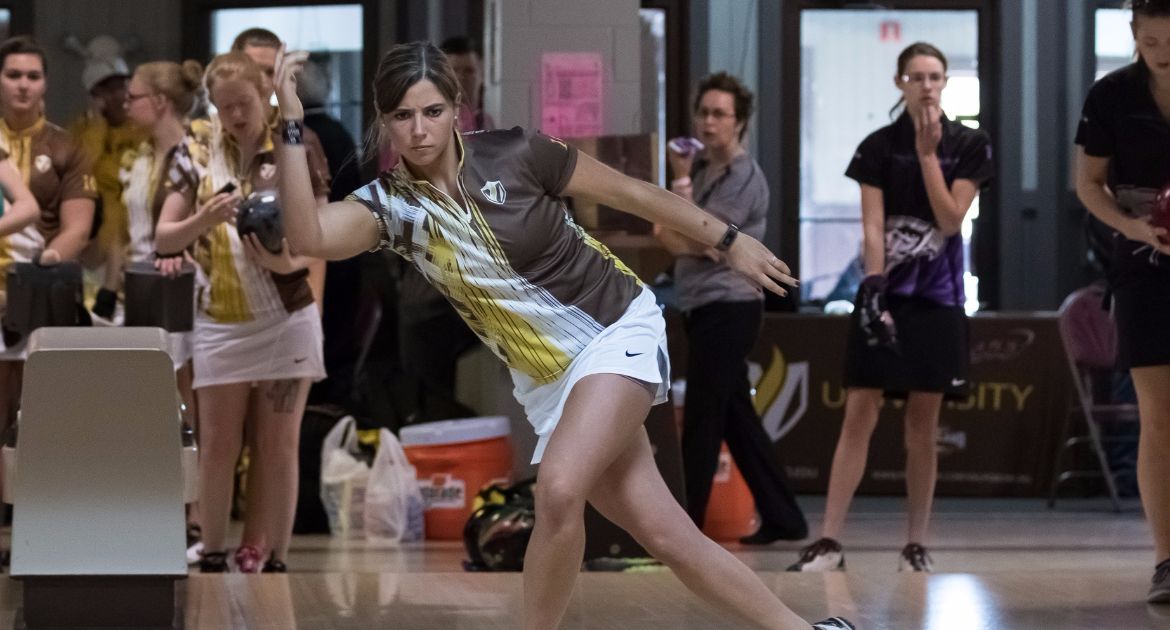 Alyssa Meade and the Crusaders went 4-1 on Friday.

The #21 Valparaiso University bowling team got off to a strong start at the FDU New Jersey Jamboree in Elmwood Park, N.J. on Friday, winning four of five matches on the first day of competition.

The Crusaders (11-4) continue action from FDU on Saturday with traditional team matches.