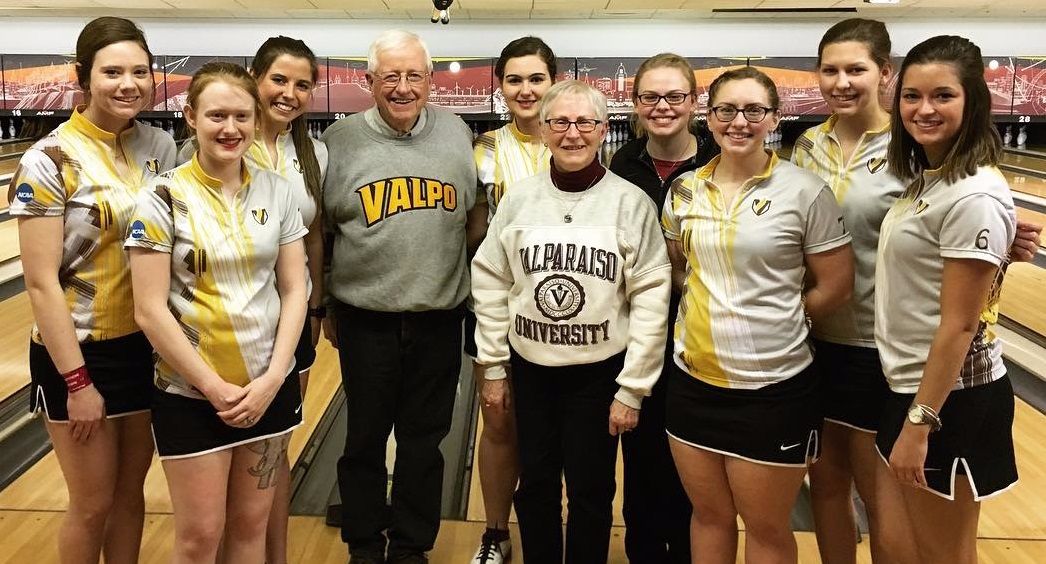 With former Valparaiso University president Dr. Alan Harre and his wife, Diane, in attendance Friday, the #25 Crusader bowling team posted a 3-1 record in action at the Big Red Invitational in Lincoln, Neb., including a victory over the nation’s top-ranked team.

The Crusaders (40-41) close out the Big Red Invitational on Saturday from Lincoln. Action is slated to begin at 8:25 a.m.