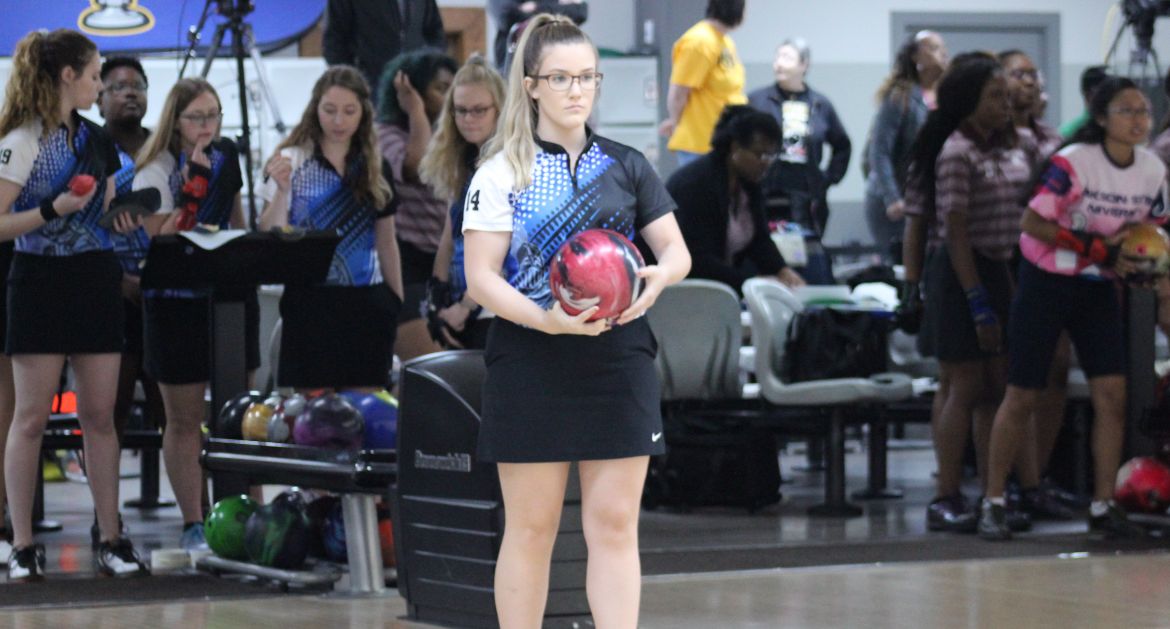 Sam Perez posted Valpo's top average on Saturday and was instrumental in the dramatic win to close the day.

A dramatic victory over #13 Lincoln Memorial that went to a tiebreaker capped the Valpo bowling team’s second day of competition Saturday at the Warhawk Classic in Madison, Wis.

- Valpo faced off with Tusculum in its second match of the day, but dropped another close decision, 845-818.

- Junior Mirica Yancey (Aurora, Ill./Waubonsie Valley) rolled Valpo’s best individual game of the day with a 232, while fellow junior Sam Perez (Aurora, Ill./Oswego East) posted a 216 as well, but it wouldn’t be enough to overcome #12 Central Missouri in the third match slot, as UCM earned a 996-934 win

- Valpo picked up its first victory of the day in the fourth match slot, taking down Aurora, 973-663, behind a 224 game from Perez and a 206 by junior Payton Bertermann (Grayslake, Ill./North).

- The day would close for Valpo with the dramatic victory over #13 Lincoln Memorial, Valpo’s third top-20 win over the last two days. Both Perez and Bertermann struck out in the 10th frame for the Brown and Gold to force an 839-839 tie and send the match to a modified baker (five frames) tiebreaker. The duo then picked up strikes in the first two frames of the tiebreaker to propel Valpo to a 95-85 win and close the day with consecutive victories.

- Perez led Valpo on Saturday with a 195.8 average, good for eighth in the tournament field.

Valpo (23-24) closes out action at the Warhawk Classic on Sunday, with one final traditional team game before a pair of bracket games. The bowling begins at 8:30 a.m.