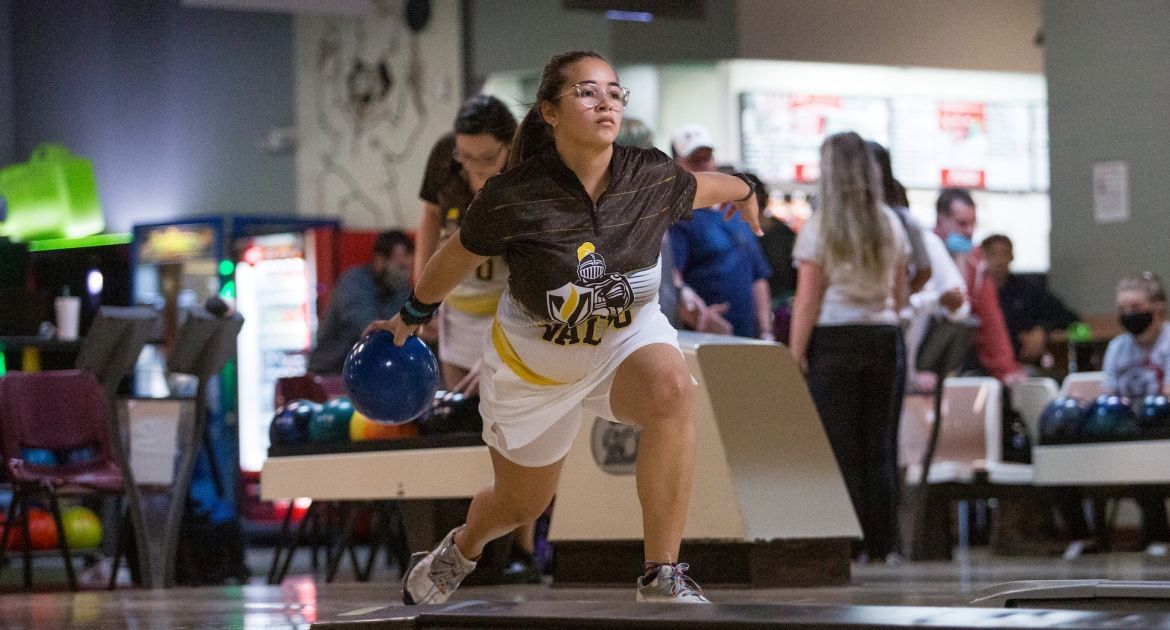 Claudia Santiago-Ramos and her teammates kicked off the Railsplitter Classic Friday.

The #19 Valpo bowling team kicked off its second competition of the spring semester Friday in Harrogate, Tenn., winning a pair of matches on the opening day of action at the Railsplitter Classic, hosted by Lincoln Memorial University.