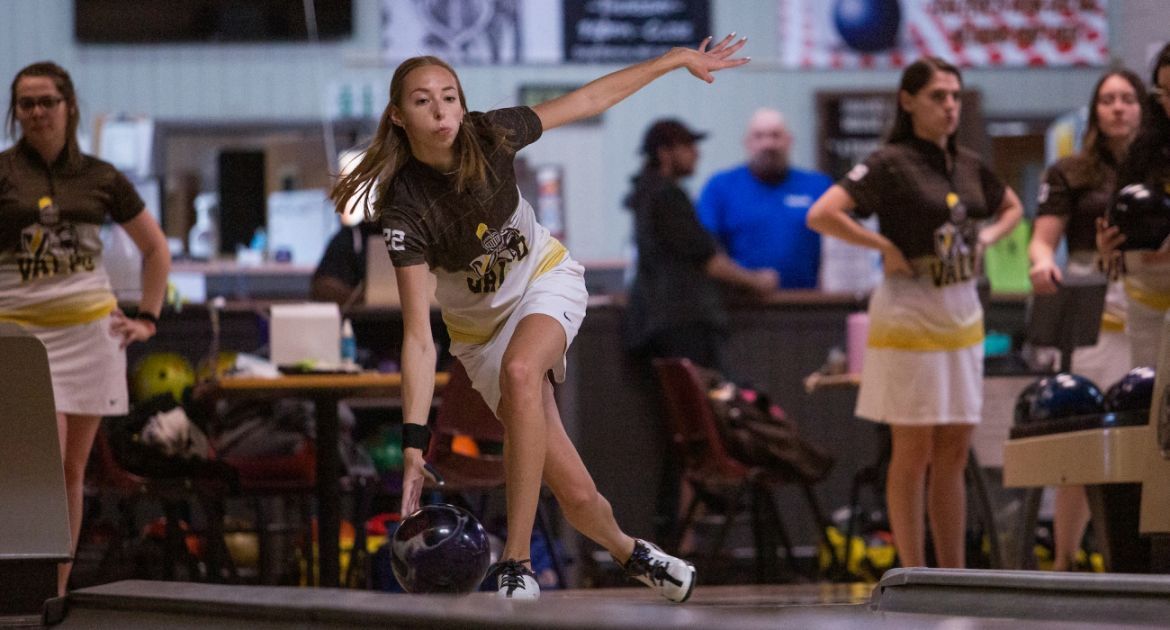 The #19 Valpo bowling team got big performances up and down its lineup on Saturday, including a top-10 single-game effort in program history from senior Payton Bertermann (Grayslake, Ill./North) and a 211.6 average over five games from freshman Addy Bates (Cedar Park, Texas/Cedar Park), as it captured three victories on the second day of action from the Flyer Classic in Lockport, Ill.

Valpo (23-21) concludes the Flyer Classic with a trio of best-of-seven baker bracket matches tomorrow. Entering bracket play as the fourth seed, Valpo will have a chance to claim the tournament title if it can win all three matches.