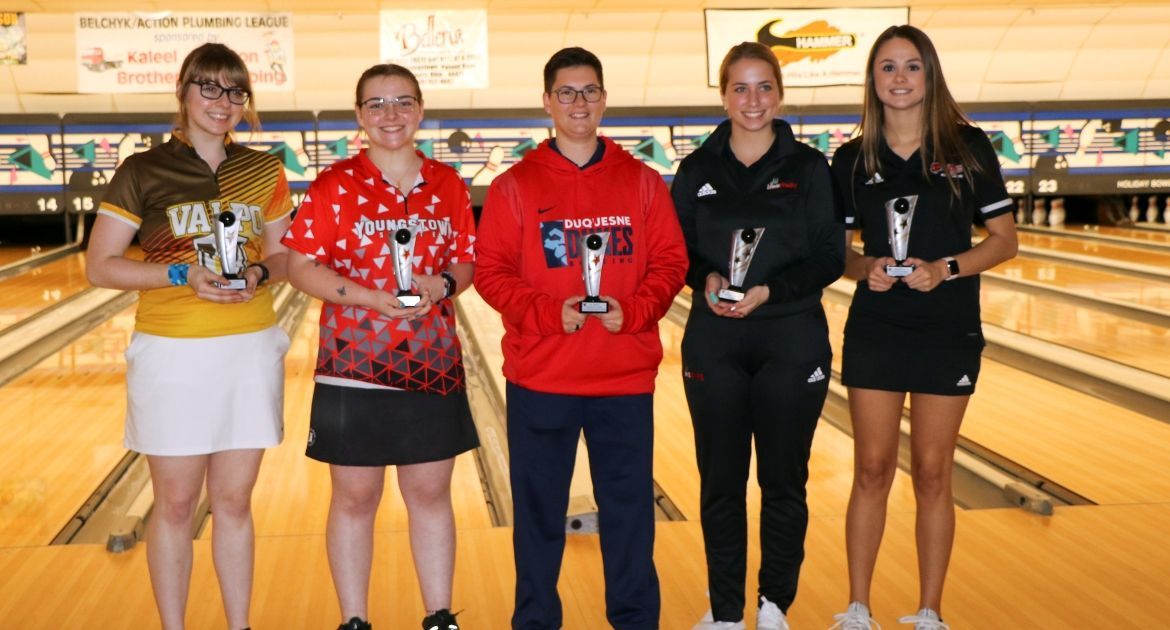 The Valpo bowling team closed out its season-opening tournament on a high note on Sunday, winning each of its final three matches at the MOTIV Penguin Classic in Struthers, Ohio to earn a fifth-place finish in the tournament. Junior Noelle Doody (Tinley Park, Ill./Andrew) was named Tournament MVP after finishing with the high average among all bowlers in traditional team action.