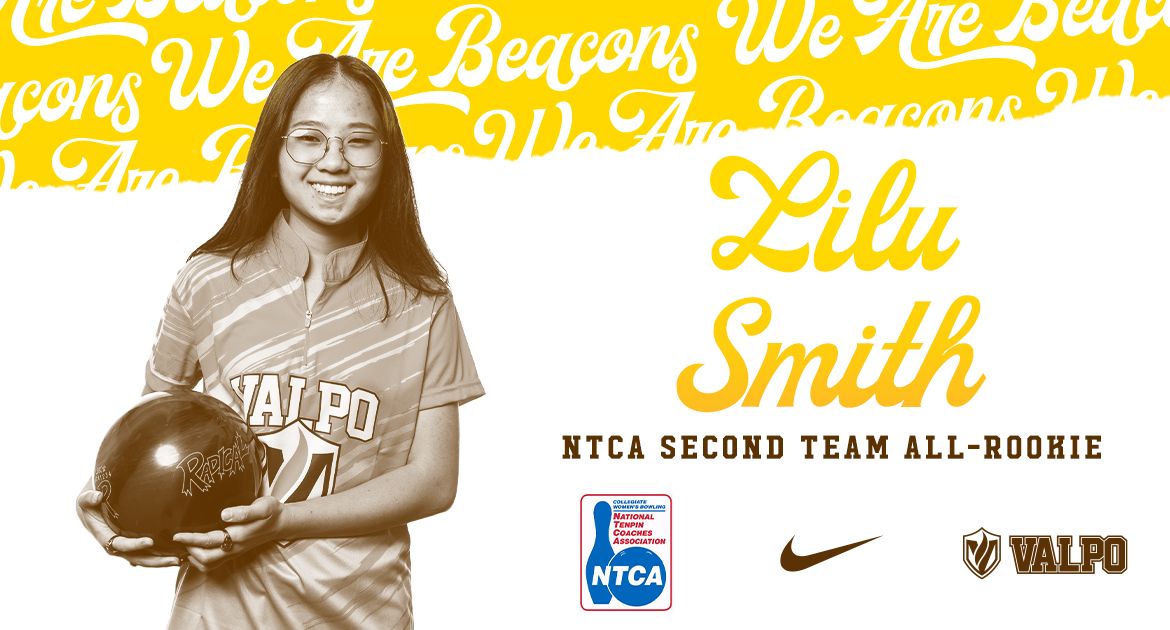 Following a tremendous freshman year in the Valpo uniform, Beacons rookie Lilu Smith (Gahanna, Ohio/Lincoln) was honored on a national level on Thursday as she was named an All-Rookie Second Team selection by the National Tenpin Coaches Association.

Smith led Valpo with a 195.1 scoring average in traditional team matches during the 2021-22 season, a mark which ranks seventh-best in a single season in program history. Smith recorded a team-high 12 games of 200 or better, and led Valpo in nine of her 34 starts.

Smith’s season was highlighted by her performance at Nebraska’s Big Red Invitational in February. She posted an average of 226.0 over the five traditional team matches, breaking 200 in four of her five games. Smith recorded a 258 in Valpo’s win over a top-25 Central Missouri squad, and followed with a season-best game of 266 as the Beacons took on the host Cornhuskers. Then, under the bright lights and the Big Ten Network cameras on Sunday from Lincoln, Smith rolled a team-high five strikes and was clean over her 12 frames as Valpo battled Nebraska in baker action in front of a national television audience.