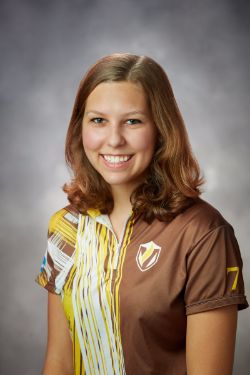 2014-15: Appeared as a substitute in one traditional match as a sophomore ... appeared against #6 Vanderbilt on Feb. 1 at the Prairie View A&M Invitational ... an NTCA All-Academic honoree.

Personal: Lauren is the daughter of Joe and Pat Wolski ... major is nursing, with a Spanish minor.