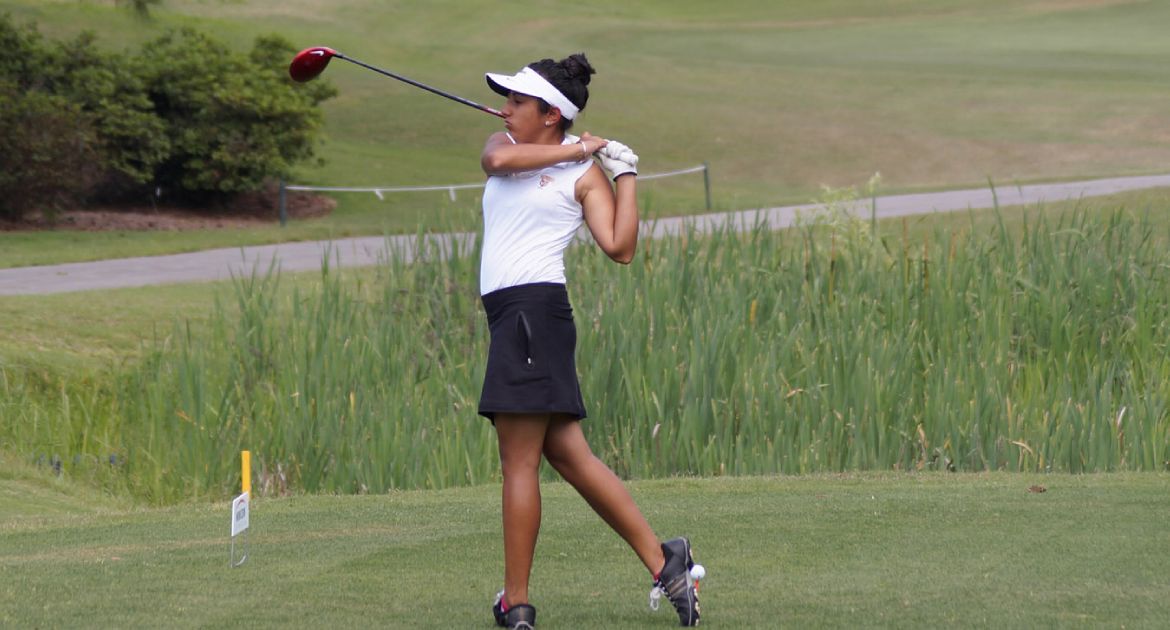 Sibil Gill moved into a tie for 13th today with her 76.
Related Links

The Valparaiso women’s golf team improved by 15 strokes on Saturday to shoot a 319 on day two of the Horizon League Championship, the third lowest score of the day. They moved up one spot to fourth with their 36-hole score of 653, only four strokes behind Green Bay, at Mission Inn Resort and Club in Howey-in-the-Hills, Fla.

“It follows our trend of all season,” head coach Mat Blair said. “We picked it up after having a rough day yesterday. I made it a point to stay away from them today and just let them play their game. I’m very proud of their effort today.

Sibil Gill (Kokomo, Ind./Western) improved her round one score by ten strokes, shooting a 76 on the day to finish with a 36-hole score of 162. She moved up 13 spots on the leaderboard, ending the day in a tie for 13th. She recorded four birdies on the day to lead the Crusaders.

Katie Willenbrink (Mishawaka, Ind./Penn) shot an 80 on the day, a four stroke improvement from yesterday for a 36-hole score of 164, a new career low, placing her in a tie for 17th. She would birdie number 10.

Sydney Shrum (Cloverdale, Ind./Cloverdale) tied her career low score for 18-holes with a 79, giving her 168 overall and placing her in a tie for 23rd. Angie Kim (Schaumburg, Ill./Fremd) improved by four strokes to shoot an 84 (172) to finish the day in 30th. Shrum would birdie number 14 while Kim birdied number 15.

The third and final round of the Horizon League Women’s Golf Championship begins tomorrow at 6:30 a.m. CT at Las Colinas Course. Angie Kim starts things off for the Brown and Gold at 6:40 am with the rest of her teammates teeing off in the following hour. Live scoring will be available at ValpoAthletics.com.